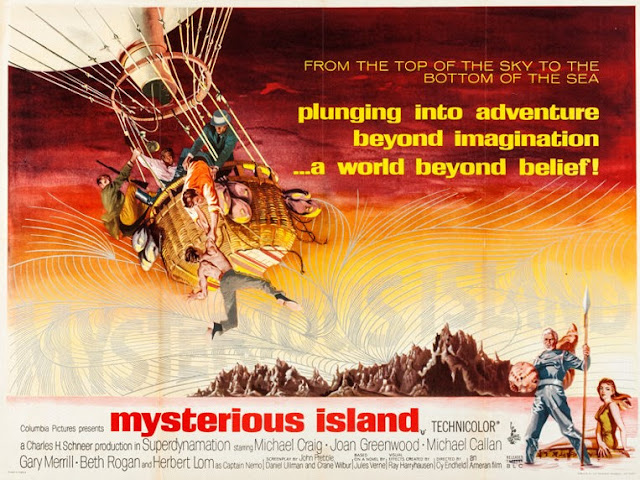 When you hear someone refer to movies as "magic," titles like Mysterious Island are what they mean. As children, our imaginations are enormous, and they exist without shame or fear of embarrassment. Whether it was a horde of plastic army men doing battle against Godzilla, Frankenstein, or a handful of troll dolls (you played with trolls and combed their hair, admit it), a conflict was always present. There was a threat that always needed eradication, or a problem that needed resolution. And our limitless childhood imagination always found a way to solve that problem, and that resolution usually came about in the most unexpected way. For most of us unlucky souls, that imagination shed as we aged, making room for social pressures, fear, and this terrible ailment called adulthood. But some of us grasped at this imagination with a vice-like grip, managing to drag it with us into the ether. Ray Harryhausen, a man who needs absolutely no Wiki look-up in the presence of cinephiles, is one of those lucky few. Probably the most celebrated special effects man in the history of film, his contributions to cinema have been the stuff of legacy. He proved how someone could make so much with so little. To watch 1961's Mysterious Island with 2016 cynicism is to undo everything that Harryhausen and director Cy Endfield wanted to accomplish, and with the most pure of intentions: to entertain, enthrall - to transport their audiences to a faraway land filled with adventure, danger, and camaraderie. 2016 eyes would laugh 1961 effects off the screen. They would howl as they watched someone do battle with a giant plastic crab.

And that's a damn shame. 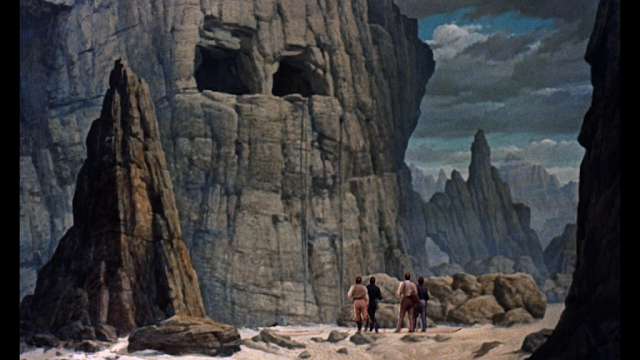 Based on the celebrated novel "series" from author Jules Verne, this adaptation of Mysterious Island tends to wander away from its source material, most notably during its second act, but I don't think anyone would find offense at the notion that it's the creations by Ray Harryhausen which transcend Mysterious Island from movie to magic. Whether you were a kid during the 1960s, the 1990s, or the right-nows, with the right mindset Mysterious Island entertains with its creations, its illusions, and its sense of exotic and tropical danger. That the admittedly very archaic special effects are still celebrated today, having captivated the likes of John Carpenter, Sam Raimi, and Martin Scorsese, speaks volumes about the level of ingenuity on display.

Newbie parents are quick to stock their ottomans with DVDs for Disney films, adventures with the Muppets, and a few random titles from their own childhood, but it would behoove them all to include titles like Mysterious Island. Before their children's minds are eventually oversaturated with the most cutting edge, reality-defying CGI, their exposure to things of such wonder and magic won't just infatuate their imaginations, but enhance them. Mysterious Island is a fun film, and an example of allowing spectacle to overtake its story in order to thrill their audience and transport them to another world. 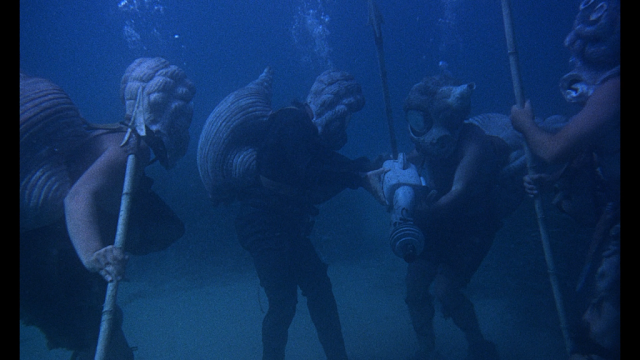