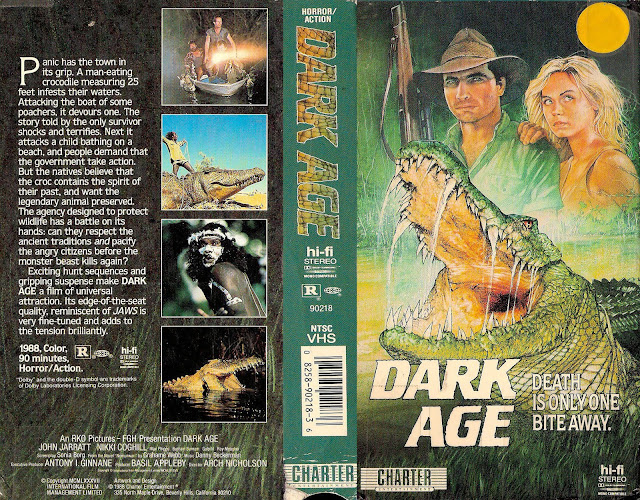 Following the release of JAWS, which is credited with the creation of the summer blockbuster (though that was unintended), a wave of killer animal flicks followed in its wake. To no one’s surprise, most of these were bad, and to no one’s additional surprise, a lot of these imitators were about sharks. (Just ask Universal — they were firing off C&Ds like it was their job, blocking the stateside releases of Italian produced shark flicks Great White and Cruel Jaws. (The latter flick was made by Italian trashmeister Bruno Mattei under one of his many pseudonyms and incorporated a lot of stolen footage from the JAWS series.)

Every once in awhile, an imitator slipped through and managed to actually be worth a damn, even if it was going more for satire than outright horror. (Joe Dante’s Roger Corman production of Piranha and John Sayles’ Alligator are some of these exceptions.) And, as stated, countries all over the world were getting in on the action. 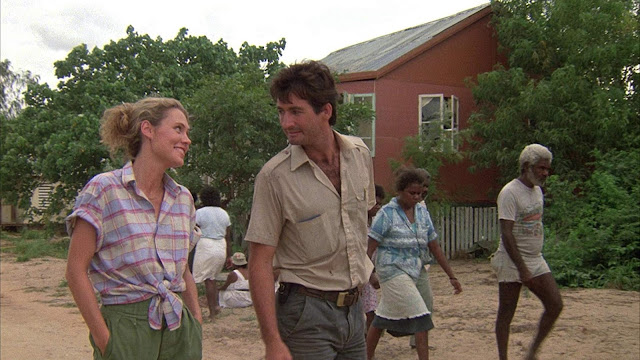 One of these notable flicks is 1987’s Dark Age, produced and filmed in Australia, which told the tale about a monstrous crocodile munching on a handful of people and making the life of wildlife conservationist Steve Harris whose job is to convince the government to conserve and protect crocs really really difficult. What makes Dark Age especially notable are two specific components: an infusion of Australian culture (more specifically the local Aboriginal tribe, who become significant to the conflict) and its overall message of conservation. Especially when looking at the latter, Dark Age comes off ballsier than even JAWS, in that despite the crocodile killing whomever crosses its path, the intent on behalf of its main characters are not to kill it, but to trap it and release it in its usual place of inhabitation. Oh, there are a cadre of characters who want the croc dead — from bureaucrats to local poachers — but even after the croc chows down on a young aboriginal boy, the exciting and adventurous Free Willy-ish rescue attempt at the end will leave viewers surprised as they realize they’re rooting for the croc.

The stock JAWS characters are in place, with John Jarratt taking on a combination of Matt Hooper and Chief Brody, and Max Phipps embodying a much more bloodthirsty version of Quint. There’s even a local politician who is afraid of what the croc will do for tourism. Whether or not Dark Age would exist were it not for JAWS becomes moot in the face of how well made and unique Dark Age manages to be. (Not to mention that coastal Australians dealing with a murderous croc is a lot more realistic than New Englanders dealing with a great white.) Dark Age may lack the satire of Alligator, the adventure of JAWS, and the sly sense of humor of Piranha, but it’s still a worthy endeavor in its own right, bringing a slice of its native culture along with it. At this point, the killer animal subgenre can be broken down further just because of how many of those happen to feature a crocodile or alligator as the antagonist. Dark Age ranks as one of the best. 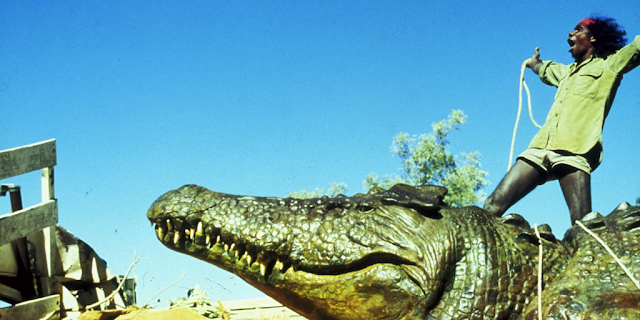