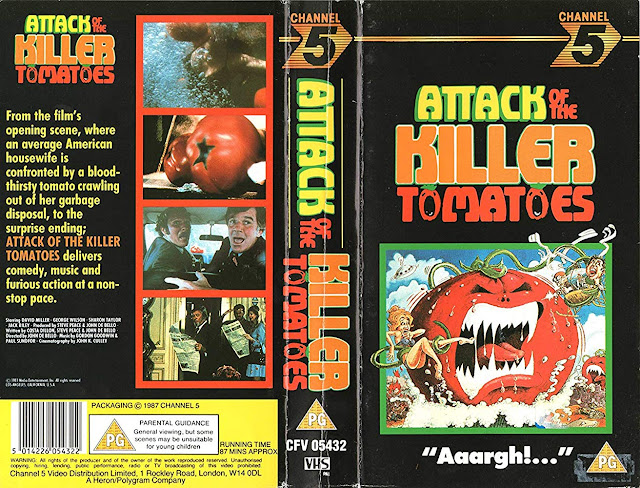 Seeing Attack of the Killer Tomatoes is like a rite of passage. It's also one of the dumbest movies you will ever see, which obviously makes up most of its charm. Mostly a spoof of the radioactive scare films from the ‘50s that saw insects or animals growing many times its size and going after all the pretty blondes on the beach, Attack of the Killer Tomatoes hedges most of its bets on comedy (because, come on, not a single one of our celebrated horror directors could make mutant tomatoes scary). Depending on your sensibilities, Attack of the Killer Tomatoes offers an extremely polarizing experience, with viewers easily existing either in the love-it or hate-it camps. It doesn’t leave a whole lot of ground for the in-betweeners. Yet, somehow, that’s where I stand.

The comedy in Attack of the Killer Tomatoes vies for Naked Gun, and sometimes it’s successful, but other times it results in something akin to Epic Movie — awkward, unfunny gags that play out far longer than we could ever want. And, sometimes, it’s…a little racist, such as the Japanese doctor being purposely overdubbed by an “American” voice, who in one scene accidentally knocks a framed photo of the U.S.S. Arizona into a fish tank. And then, out of nowhere, Attack of the Killer Tomatoes will tread that line of pure absurdism; example: the only way to kill the marauding mutant tomatoes is by playing them the newest hit single, “Puberty Love,” which is as poorly performed as you can imagine. Because of this, the film makes for a hodgepodge of different comedic styles, some of which gels, and some of which doesn’t.

Attack of the Killer Tomatoes boasts an innovative DIY aesthetic that’s to be absolutely commended, and it must've done something right, considering this goofball film is still being talked about to this day. It also boasts THREE sequels (one titled Killer Tomatoes Eat France! and one that stars a pre-fame George Clooney) and an animated television series. When a film’s a hit, it’s a hit, regardless if that success is mainstream or cult. To make something that stands the test of time is something most filmmakers could ever hope for, and — like it or not — Attack of the Killer Tomatoes is still with us. 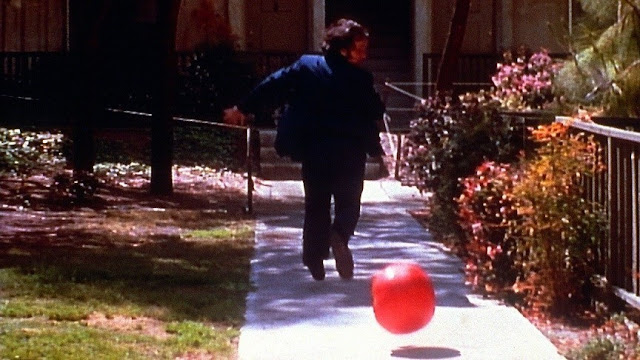