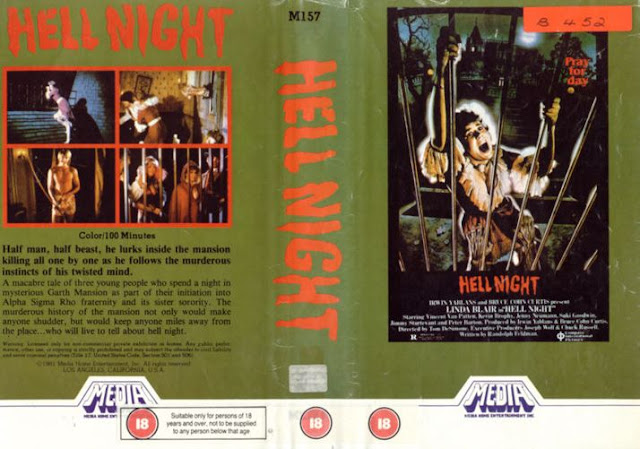 Hell Night has long been one of those beloved cult horror titles that doesn’t have a lot of recognition value within the realm of mainstream audiences. It’s always existed just below the surface, and only dedicated horror fans seem to both know of its existence and bestow upon it a lot of love and praise. It was so nearly close to earning classic status.

And that’s pretty much how I’d sum it up.

Hell Night drifts in and out of engagement with the audience, easily capturing their attention with the intrigue of Garth Manor and the handful of fairly grisly murder sequences, but the action in between these moments can stretch on for a bit too long. Even the intent for characterization is appreciated, and it helps to elevate Hell Night above its slasher brethren. There’s just something keeping it from being truly great. 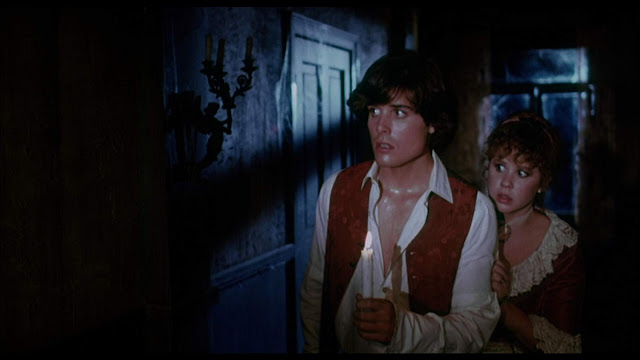 Hell Night also gets points for trying to do something a little different. On its surface it looks like your typical ‘80s slasher flick, but it’s told as a both a haunted house movie and somewhat of a monster movie. This balance actually works in its favor. Personally, I prefer the slasher flicks vying for sincerity where the killer reveal isn’t someone’s spurned friend or lover or long-lost parent. I prefer mythology and legend coming to life over, “Oh, it’s Gary.” Hell Night satisfies that, actually following through on all the creepy lore recounted at the film’s opening before our doomed characters enter Garth Manor where they will spend their Halloween night.

Hell Night is notable because it was produced by Irwin Yablans, who had previously produced John Carpenter’s Halloween and, as we all know, found great success with it.  (It was also at his insistence that the now-famous moniker be used over the original choice of "The Babysitter Murders," which ended up being a very wise choice. Could you imagine "The Babysitter Murders: BM20"?) He’s somewhat of an unsung hero in the horror world; granted, though he didn’t leave behind a breadth of work, he kept things short and sweet, producing titles that went on to find adoration from the fan community, with such titles as Halloween 2, Halloween 3: Season of the Witch, Tourist Trap, and later on, Renny Harlin’s Prison. 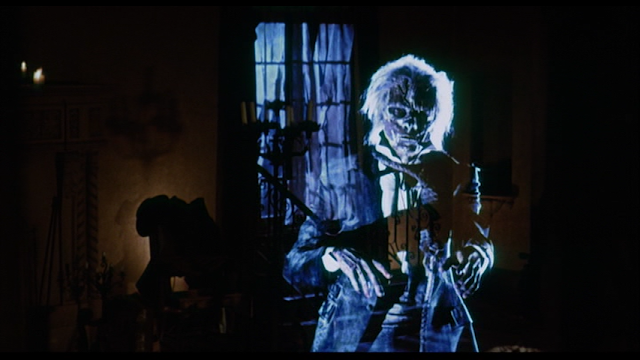 Hell Night is an admirable effort, and it’s easy to see why it’s so beloved (beyond how good Suki Goodwin looks in garters), but it too often fluctuates between tension and calm. A tighter edit would have resulted in a more streamlined experience where the tension doesn’t have the time to subside in between the bursts of terror.

However, it’s still one of the better titles from the ‘80s slasher movement and brings something a bit more to the table other than a masked maniac and ironic usage of a holiday.