Little Pauline Picard, aged two, disappeared from her family’s farm in Brittany, France in April 1922. An exhaustive search failed to find her, but several days later, police received news that a little girl who matched Pauline’s description was found wandering in the town of Cherbourg, about 320 kilometers (200 mi) away from the Picard farm. Pauline’s parents arrived to examine the girl and announced that she was indeed their missing Pauline.

A few unusual facts stood out about the otherwise happy reunion. First, the girl did not seem to recognize her parents. Second, she did not respond to them when they spoke to her in their native Breton. Dismissing these peculiarities, Pauline’s parents took her back to the farm, where the neighbors quickly affirmed that she was Pauline, and the whole ordeal seemed to end on a happy note.

About a month later, a neighboring farmer walking near the Picard farm stumbled upon something horrifying: the mutilated and decomposing body of a young girl next to her neatly folded clothes. He alerted the authorities, who arrived at the gruesome scene along with the town’s inhabitants, among them Pauline’s parents. Although the young girl’s face could not be identified, the Picards made an unsettling realization: the folded clothes were exactly what Pauline had been wearing on the day she disappeared.

The area where the remains were found had been searched thoroughly when Pauline first disappeared, which suggested to detectives that someone had placed the body there fairly recently. The case became even more perplexing when the skull of an adult male was discovered next to Pauline’s body, adding a second potential victim to the case.

Early reports from the investigation indicated that there was one possible suspect. A few days prior to the discovery of the body, a middle-aged farmer visited the Picard farm and asked them whether they were sure that the girl from Cherbourg was really Pauline. He then stated “God forgive me, I am guilty,” erupted into hysterical laughter, and was hauled off to an insane asylum.

Even so, a myriad of questions still baffled officials and Pauline’s parents. If the body in the woods was Pauline, as the evidence suggested, then what had happened to her? Was the laughing man the killer? How was the unidentified skull related to Pauline’s murder? And who was the little girl from Cherbourg who had been living with the Picards for a month? It remains unclear whether these questions were ever answered: No definitive records exist of a resolution to this story. 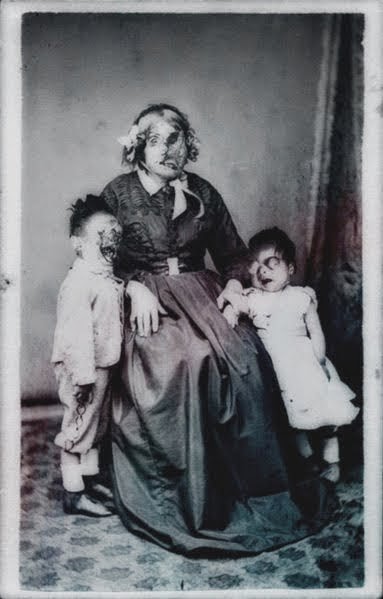