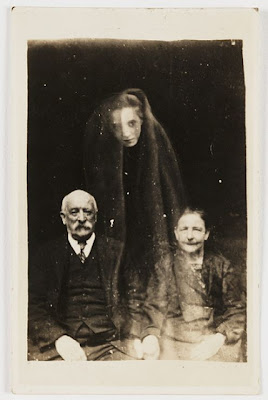 "You can [faintly] hear the three females talking throughout the recording. You will hear a female – the family member – say, 'Hello, baby,' and another long conversation. Those are all human voices. But what sounds like a struggle or attack is going on as well.
"The male [voice] you hear was not present at the hotel. You will hear a cuckoo clock (which was not present) a ticking of a hall clock (which was there); you will hear what sounds like the microphone being moved (which was not touched) and then the sound becomes clearer.
"You will hear a creaking door and slamming of the door, which is real. Then you will hear a [unknown] woman say, 'Get off me,' and what sounds like the woman being attacked. The struggle continues for awhile, and during the EVP you can hear some of my investigators' conversations. After interviewing my investigators, they said they went and sat on the stairs of this hotel, because they heard from an above floor, what sounded like footsteps and conversations, not what you hear on this recording. When the noises stop, you hear the investigators participate in a lulled conversation. They stated that they started to talk when the noises stopped. In their conversation, you will hear a male voice say, 'Help me' several times." 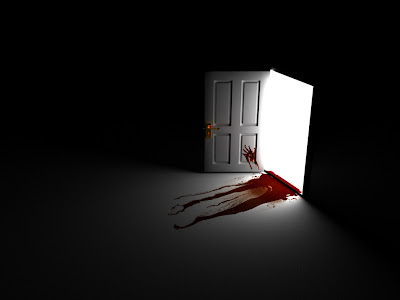 Horror fans (and I of course am one) are often unfairly maligned by the rest of cinema-viewing society. Because for some reason, we can’t seem to get enough of our beloved genre. The good, the bad, and everything in between, we need it—we need to consume it; and we do, in voracious, uncontrollable amounts. We have conventions and television channels and entire clothing lines; comic books and websites and collectible figures; and every single DVD release of Halloween that’s come down the pike (five so far). We live for it. To quote from "Millennium" (hey, a horror show!), this is who we are. And people notice this, and think us weird. Because, c’mon, who in their right mind walks around in a Freddy Krueger shirt? Who has the Tubular Bells as a ring tone? Who will actually wait two hours in line just to meet the guy who played a bit part in John Carpenter’s The Fog?

We do. Because we’re horror fans.
No one’s going to conventions for romantic comedies. No one has t-shirts dedicated to The Notebook or any of Tyler Perry’s nonsense. And sure as shit is no one waiting in line to meet Rob Schneider—that much I can guarantee you.
Horror, much like life itself, is cyclical. Fads come, we relish in them, we get sick of them, and then they go. After Halloween, we got sick of slasher movies. After Scream, we got sick of teen-casted, pop culture-centered, self-aware who-done-its. After The Ring, we got sick of wet ghost girls crawling out of wells and up walls and across ceilings. After the truly anemic Saw series, we got tired of seeing someone strapped to a table while their fingernails were removed. And could it be…after the poor box office performances of Let Me In, Fright Night, and The Thing…are we finally sick of remakes? (Some would argue that they were sick of them ever since Platinum Dunes saw fit to give us their take on The Texas Chain Saw Massacre back in ‘03, but horror fans’ opinions on message boards are not adhered to as much as they would like to think—it’s the wallets of the mainstream audience that speak volumes.) And sure, while remakes are bad ideas in general, and have only illuminated just how idea-bankrupt Hollywood has become, some of them are just fine. Like that Texas Chain Saw Massacre remake I spoke of earlier. It ain’t half bad. And neither is Zack Snyder’s take on Dawn of the Dead. Sure, your fiercely protective horror fans will lambaste them in some misguided sense of loyalty, and I can understand that. But as far as both of these remakes are concerned, audiences and critics agreed, and the two movies were rightly considered successes. (Entertainment Weekly gave Dawn an A-! Entertainment Weekly! A zombie movie! An A-!) 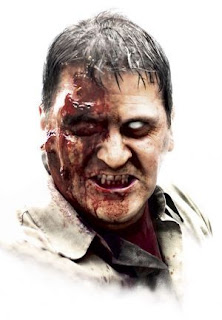 “He reached out with one bird-claw hand. He closed it around my wrist and I could feel the hot cancer that was loose and raving through his body, eating anything and everything left that was still good to eat.” 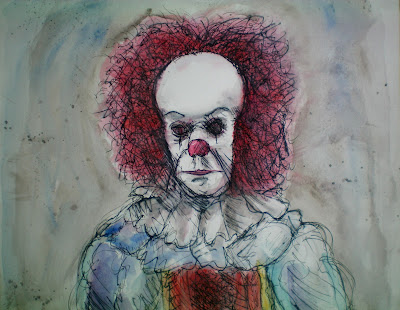 DID YOU HEAR THE NEWS ABOUT EDWARD? 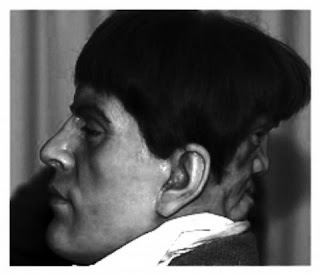 Edward Mordrake was reportedly the 19th century heir to an English peerage. He supposedly had an extra face on the back of his head, which could neither eat nor speak, although it could laugh and cry. Edward begged doctors to have his "demon head" removed, because it whispered horrible things to him at night.

No doctor would attempt it.
He committed suicide at the age of 23. 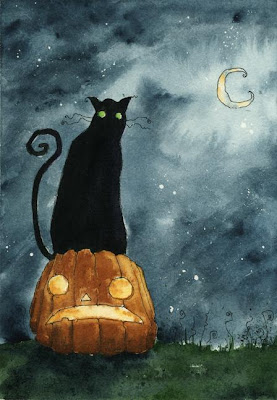 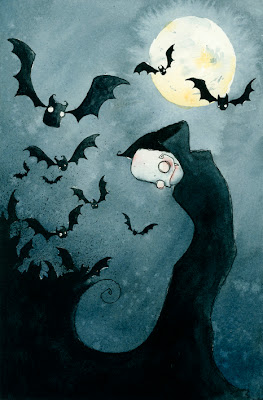 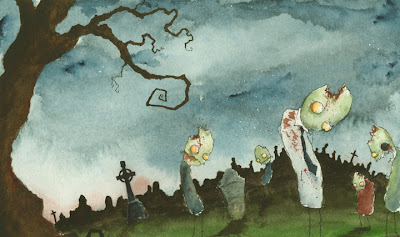 See more at my good friend Drew's page.
Posted by TEOS at 12:45 AM No comments: