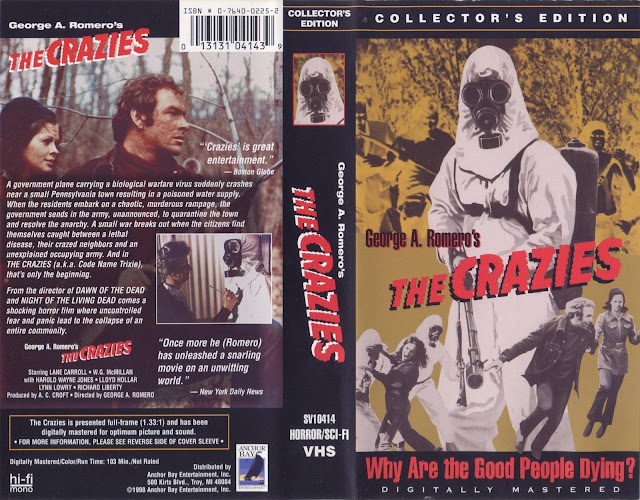 The Crazies is unofficially looked upon as a spiritual prequel to Night of the Living Dead, even if it followed on that landmark film six years later. But the idea of a toxen leaking into the earth and infecting the people of a small town and turning them into drooling, primitive monsters seems to go hand in hand with Romero’s already established ghoulery. Take that, add a batch of in-fighting that begins to plague our band of survivors traversing the countryside and trying to survive this radical transformation of their world, and the two films seem very spiritually linked. Whereas Night of the Living Dead purposely kept the potential causes for the zombiegeddon vague, having newscasters speculate on-air about all the different potential catalysts, The Crazies points its finger directly at the U.S. government first, and then the military later. Even if, when compared to Night of the Living Dead, The Crazies doesn’t seem as ghoulish or eerie, it’s a whole lot more angry, and Romero, ever the socially conscious filmmaker, knows what he’s doing.

Romero is most well known for his long-running zombie series, with films like The Crazies (or Season of the Witch, or There’s Always Vanilla — both below) sometimes falling by the wayside. And there’s a combination of reasons why, first and foremost being that his zombie films had a huge impact on the zeitgeist at the time, and attracted audiences who didn’t normally like horror films and tempted them into a theater showing Dawn of the Dead. Except for his non-zombie centric (well, mostly) Creepshow, Romero only seemed to fire on all cylinders when it came to his shuffling undead. 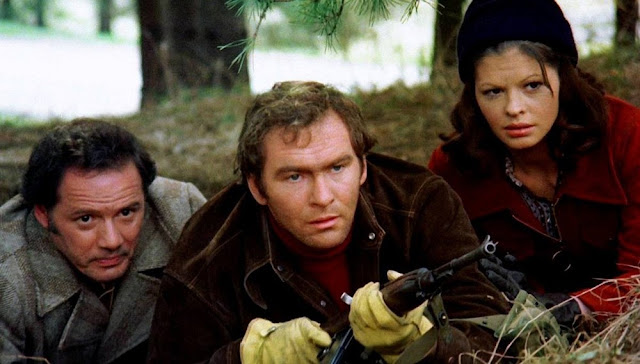 The Crazies contains that same sense of renegade spirit and a socially important message, but its biggest detractor — the worst you can have in any film, but especially horror — is its languid pace. The Crazies, after a strong opening and slices of now-iconic imagery — all those faceless men in Hazmat suits — meanders from point to point, struggling to find ways to keep this cross-countryside night-time journey consistently thrilling. It’s why — and you won’t hear me say this often — its 2010 remake is actually the superior film. Sure, like the Dawn of the Dead remake, it sidestepped social commentary in favor of creating a more viscerally entertaining B-movie, and considering that was its only goal, it was a success.

As an early Romero effort, it’s interesting to see the early formulation of ideas and his anti-establishment persona, and it’s also neat to see Romero and co. actors pop up with whom he had already worked or with whom he’d eventually work (the biggest probably being Richard Liberty, who would play Dr. “Frankenstein” in Day of the Dead.) These days, The Crazies is looked upon more as a curiosity than even a minor classic, and it’s for good reason. It’s undistilled Romero, and for that alone it’s worth seeing, but it lacks the gut-punch of Night of the Living Dead and the confidence of its mall-set sequel.