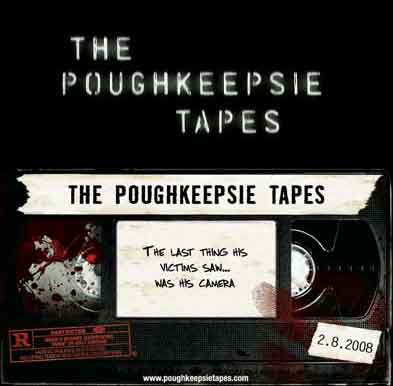 You know how many found footage flicks are based on tapes or film cans being discovered and exhibited, reflecting footage that had been shot during an abstract past? There’s a tangible irony in that, being that’s not only the same deal for The Poughkeepsie Tapes’ concept, but because The Poughkeepsie Tapes is probably more famous for how long it sat on the shelf waiting to see release than anything else. The Poughkeepsie Tape was actually shot and completed alllll the way back in 2007 at the height of the found footage rebirth. Produced by MGM, who began going through a series of financial woes and lacked the means to properly market and exhibit their films during that period (which is how the MGM-produced Cabin in the Woods eventually ended up with Lionsgate), Shout! Factory stepped up to acquire the distribution rights so that horror fans everywhere without the inclination to use a torrent program could finally see the long-mooted film for themselves.

So after ten-plus years, was the wait worth it? 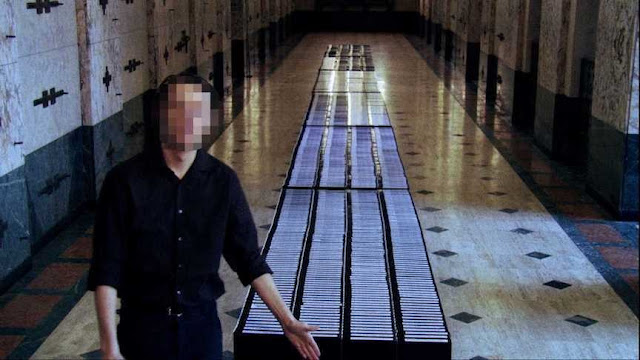 Before you let the term “found footage” steer you toward a certain expectation, know that there aren’t any paranormal/supernatural/metaphysical aspects in The Poughkeepsie Tapes. Refreshingly, it’s a straightforward and (mostly) realistic look at a serial killer, his victims, and the law enforcement angle that surrounds the investigation. And again, “found footage” doesn’t just mean that The Poughkeepsie Tapes is 90 minutes of raw serial killer home movies, but instead features sit-down interviews with law enforcement officials, family and friends, and more — along with serial killer home movies. From a reality point of view, this is the ideal way to present this kind of story while still maintaining the ultimate suspense question: how is this going to end? The problem is nearly half of the interviewees in The Poughkeepsie Tapes are clearly actors who are clearly focusing on trying to look natural and casual and end up giving a performance. For something billed as “reality,” it busts the illusion consistently throughout.

The Poughkeepsie Tapes’ content is disturbing at times, and during others, surprisingly violent. This is far less about titillation and more about disturbing viewers and making them uncomfortable. To its credit, The Poughkeepsie Tapes concocts some eerie images (the corpse being yanked out of the coffin via rope is especially eerie and it belongs in a far better film), but it also concocts some that are incredibly dopey. One interviewee preempts a coming sequence known as “the balloon footage” that one expects is going to be super disturbing, but instead shows a prostitute blowing up a large balloon, tying it off, and then bouncing on it. “Like this?” she keeps asking the off-screen perpetrator (which conjured images from The Greasy Strangler*, causing me to laugh), and the whole notion of it is just bizarre. If this is supposed to be funny…why? Because other than this, The Poughkeepsie Tapes doesn’t try to be. And if it’s not supposed to be funny, who on earth thought this was disturbing? 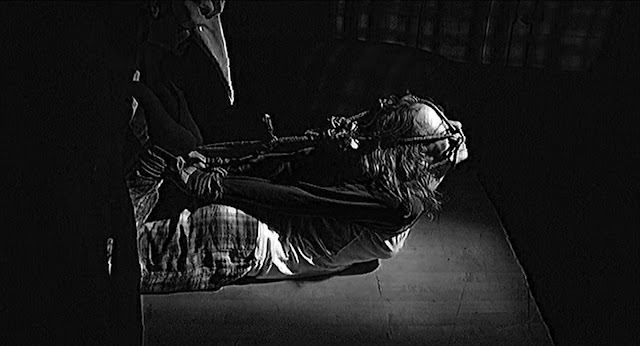 Ten years ago. That’s when The Poughkeepsie Tapes was completed and ready for release before Shout! Factory rescued it for a video release. A lot has changed in the horror genre since then, including the most important thing: found footage fatigue. But even if The Poughkeepsie Tapes had been released during a time when found footage was still considered a novelty, that still wouldn’t help its overall presentation — as an unconvincing, alternately silly and disturbing, but forgettable low budget horror flick that happens to feature the logo of a major film studio.

Very few films could be worth waiting ten years to see, and that very long delay has to be taken into account when determining its overall value. By now the more tenacious horror fans have already seen The Poughkeepsie Tapes, whether it was on a torrent, Youtube, or a bootleg DVD-r from a horror convention. MGM’s financial woes may have been a good scapegoat for the company to avoid otherwise releasing an almost unmarketable and disturbing film to the masses. 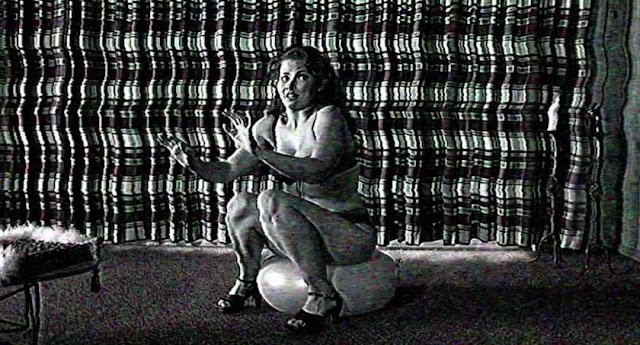