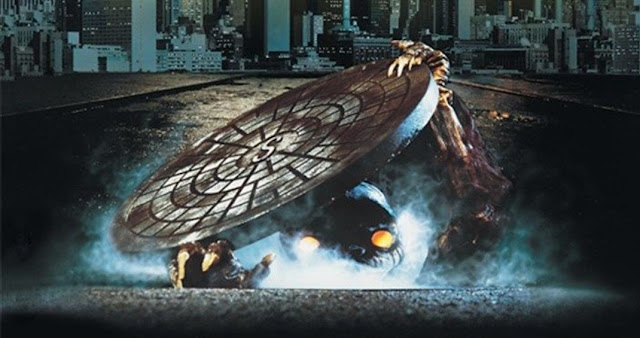 I hope you're loving these awful monthly theme puns because I can keep going until eternity.


The best thing about monster movies is you can make whatever kind of monster you want and it still counts. You might think that a "monster movie" adheres to a certain kind of look, feel or rule, but it's pretty wide-reaching. The "monster" movie is almost the "miscellaneous" movie, and can even rob a little from more specific sub-genres. Vampires, werewolves, killer animals, or stuff you never would've thought existed, like little meatballs that live in picnic baskets or the entirety of the Killer Tomatoes series. (Yes, series -- there are FOUR movies about killer tomatoes.)

March is MONSTER MARCH (I know you love it) so join me to see what kind of monstrous things we'll get into.