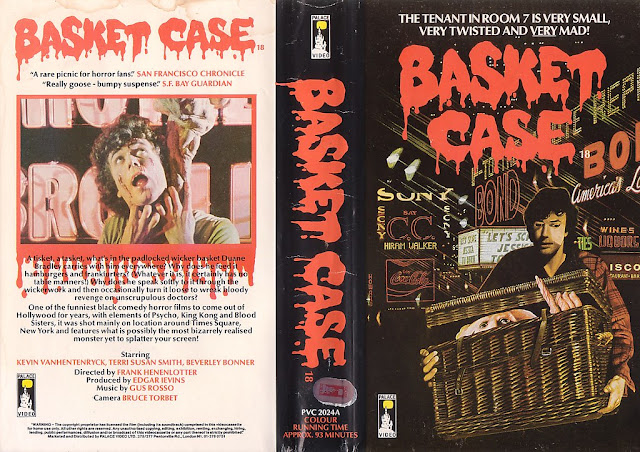 For those old enough to remember a time before streaming video — when you would walk the aisles of these antiquated institutions called “video stores” to grab a VHS or two that would serve as your night’s entertainment — certain horror titles are likely burned into your mind thanks to their ghoulish box art. Dead Alive, I Spit on Your Grave, The People Under the Stairs…and Basket Case. Made by filmmaker Frank Henenlotter, whom I’d previously described as 42nd Street’s David Cronenberg with less of a budget but more of a sense of humor, Basket Case is an assortment of philosophical and traditional tropes all piled into one perplexing film: it’s a fairy tale, a vigilante revenge thriller; it’s horror, comedy, and grindhouse; it’s a little bit Hitchcock, De Palma, Cronenberg, H.G. Lewis, and Larry Cohen. It’s purposely eclectic as to be utterly indefinable; it may as well have created its own sub-genre called “basket horror” — as in, everything thrown in.

If upon your first viewing of Basket Case you don’t know whether to laugh or scream, don’t worry — that’s pretty much the intended effect. Henenlotter knows his concept is ludicrous (a concept that would somehow spawn two sequels) and he has fun with having this barely humanoid thing that looks like a piece of chewed gum fly across the room and latch onto his victim’s neck, but all the while at least offering the illusion of terror. Belial is kind of creepy to look at — a different sort of creature from the director’s similarly wackadoo Brain Damage — and he’s mostly brought to life through puppetry, but also sometimes in stop motion animation, the likes of which is so haphazardly done that it’s a total hoot to witness. 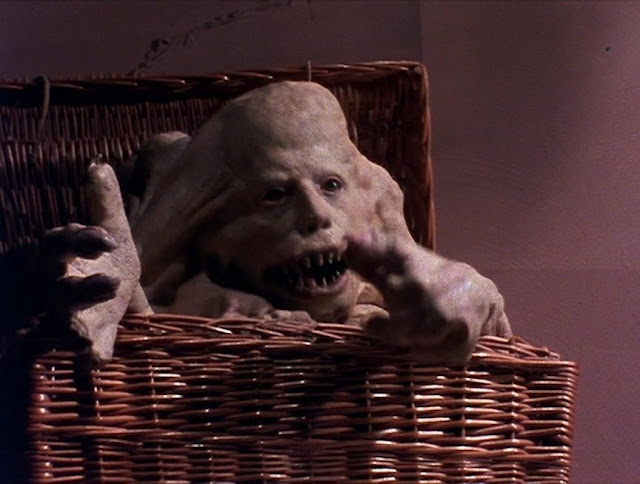 What’s nice about Basket Case is that once you push aside the sheer audacity of its silly plot and its frank presentation, the backbone of the story is about two brothers and their sickly dependence on each other. Before Elliot and E.T. ever met amidst a trail of Reese’s Pieces, Duane and Belial’s bond had each of them able to experience the emotions and impulses of the other — right down to Duane going on a date with a pretty girl in the park, and his being turned, which infuriates Belial and causes him to trash the brothers’ hotel room. (This is where the aforementioned hilarious stop motion animation comes into play.)

The greatest thing about the horror genre is that it’s the one which can most easily be used to convey whatever message you wish, and you can wrap that message in the most outlandish way possible without ever risking the watering down of that message. Basket Case could easily be viewed as an allegory for breaking free of your unhealthy familial bonds and learning to live for yourself — about becoming self sufficient and finally unafraid to live life on your own terms. Or maybe it’s just about a monster brother slashing doctors’ faces and eating hot dogs in a  basket. You don’t necessarily have to put any kind of weighty meaning on it — Basket Case is easily enjoyable either way. 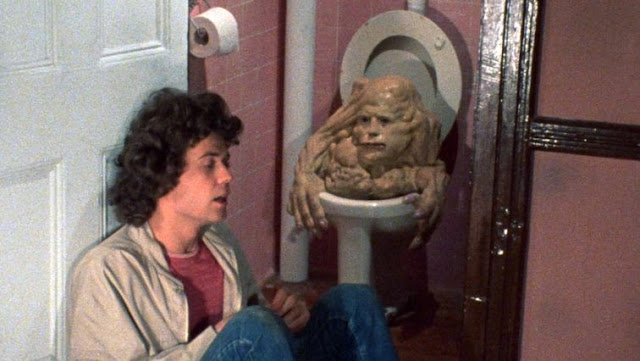