A wealthy man wanted to go hunting in a part of northern Canada where few people had ever hunted. He traveled to a trading post and tried to find a guide to take him. But no one would do it. It was too dangerous, they said.

Finally, he found an Indian who needed money badly, and he agreed to take him. The Indian's name was De'Fago. They made camp in the snow near a large frozen lake. For three days they haunted, but they had nothing to show for it.

The third night a windstorm came up. They lay in their tent listening to the wind howling and the trees whipping back and forth. To see the storm better, the hunter opened the tent flap. What he saw startled him. There wasn't a breath of air stirring, and the trees were standing perfectly still. Yet he could hear the wind howling. And the more he listened, the more it sounded as if it were calling De'Fago's name. "Da-faaaaaaaaay-go!" it called. "Da-aaaaaaaaay-go!" "I must be losing my mind," the hunter thought.

But De'Fago had gotten out of his sleeping bag. He was huddled in a corner of the tent, his head buried in his arms. "What's this all about?" the hunter asked. "It's nothing," De'Fago said. But the wind continued to call to him. And De'Fago became more tense and restless. "Da-Faaaaaaaaay-go!" it called. "Da-faaaaaaaaay-go!" Suddenly, he jumped to his feet, and he began to run from the tent. But the hunter grabbed him and wrestled him to the ground. "You can't leave me out here," the hunter shouted. Then the wind called again, and De'Fago broke loose and ran into the darkness. The hunter could hear him screaming as he went. Again and again he cried, "Oh, my fiery feet, my burning feet of fire . . ." Then his voice faded away, and the wind died down.

At daybreak, the hunter followed De'Fago's tracks in the snow. They went through the woods, down toward the lake, then out into the ice. But soon he noticed something strange. The steps De'Fago had taken got longer and longer. They were so long no human being could have taken them. It was as if something had helped him to hurry away. The hunter followed the tracks out to the middle of the lake, but there they disappeared. At first he thought that De'Fago had fallen through the ice, but there wasn't any hole. Then he thought that something had pulled him off the ice into the sky. But that made no sense.

As he stood wondering what had happened, the wind picked up again. Soon it was howling as it had the night before. Then he head De'Fago's voice. It was coming from up above, and again he heard De'Fago screaming" . . . My fiery feet, my burning feet . . . " But there was nothing to be seen. Now the hunter wanted to leave that place as fast as he could. He went back to camp and packed. Then he left some food for De'Fago, and he started out.

Weeks later he reached civilization. The following year he went back to hunt in that area again. He went to the same trading post to look for a guide. The people there could not explain what had happened to De'Fago that night. But they had not seen him since then. "Maybe it was the Wendigo," one of them said, and he laughed. "It's supposed to come with the wind. It drags you along at great speed until your feet are burned away, and more of you then that. Then it carries you into the sky, and it drops you. It's just a crazy story, but that's what some of the Indians say."

A few days later the hunter was at the trading post again. An Indian came in and sat by the fire. He had a blanket wrapped around him, and he wore his hat so that you couldn't see his face. The hunter thought there was something familiar about him. He walked over and he asked, "Are you De'Fago?" The Indian didn't answer. "Do you know anything about him?" No answer. He began to wonder if something was wrong, if the man needed help. But he couldn't see his face. "Are you all right?" he asked. To get a look at him, he lifted the Indian's hat. Then he screamed. There was nothing under the hat but a pile of ashes. 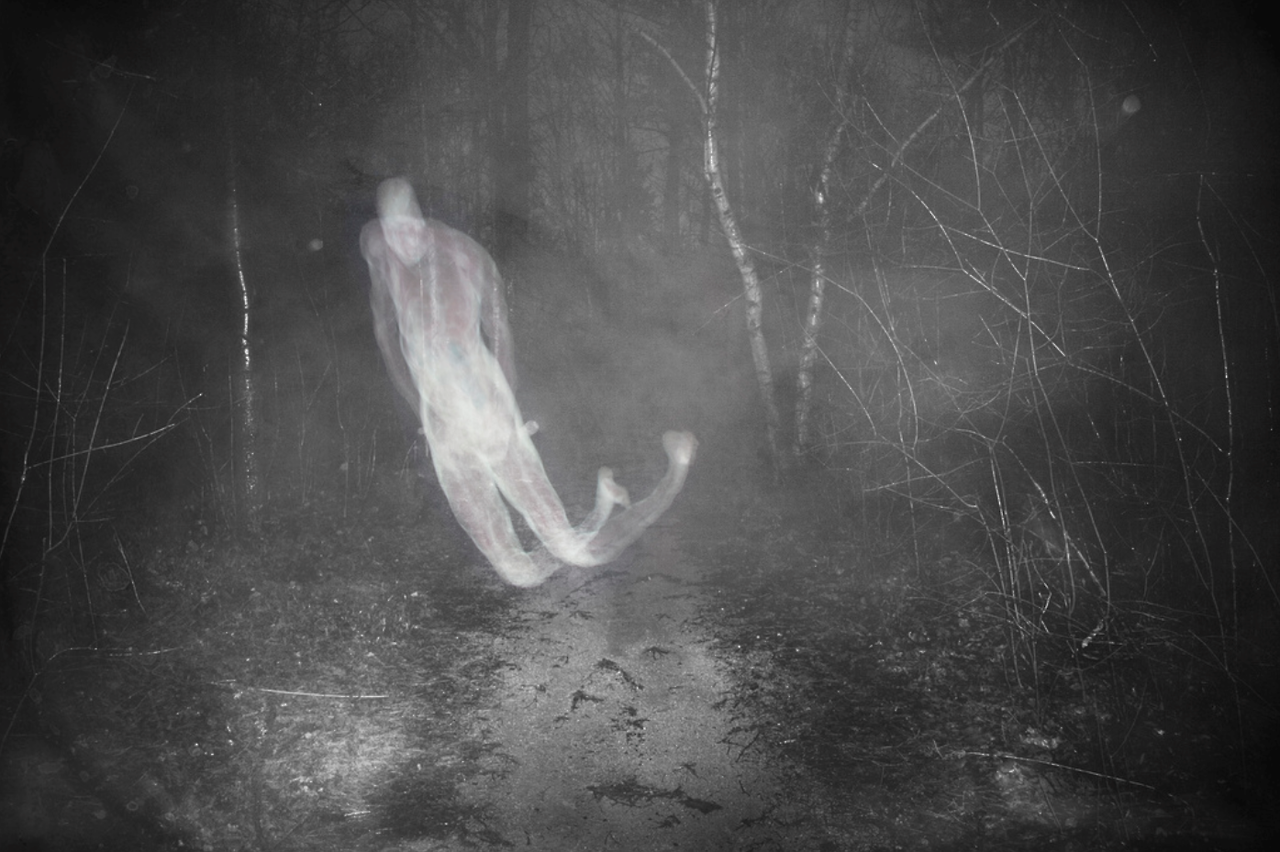