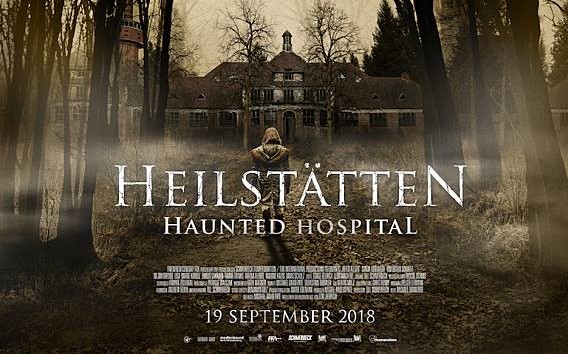 You can’t keep a good gimmick down, which is why, ten years on from the release of Paranormal Activity, found-footage horror flicks are still trickling in. Thankfully, theaters are no longer inundated with them, but quieter and lower key productions are continuing to use the tactic – hence we now have the awkwardly named Haunted Hospital: Heilstätten (which, come on, I will DEFINITELY be calling Triple H for the remainder of this review).

Stop me if you’ve heard this one before: a group of kids take an array of filming equipment into an abandoned hospital believed haunted for sensationalistic reasons but then – plot twist – turns out the place really does have ghosts! (Or demons, or witches, or the pit of hell, or, you know, something that HMOs will write off as a preexisting condition.) Along with this, the Germany-lensed Triple H opts for a modern update by presenting all the trespassers as hosts of their own very disparate Youtube channels, some more successful than others, which has led to some tension between them all. (I think they used to be friends in real life before or during their Youtube fame, but that’s never made clear). There’s Betty (Nilam Farooq), whose channel seems to consist of her sitting on a bed and talking about makeup but never applying any (accurate); Emma (Lisa-Marie Koroll), who helps participants face their very specific fears; and lastly, there’s Charly and Finn (Emilio Sakraya and the amazingly named Timmi Trinks), who host something called Prankstaz, which is exactly what it sounds like, and which is the most obnoxious thing you have ever seen. (Also accurate). Joining them are Theo (Tim Oliver Schultz), the level-headed worrywart, and Marnie (Sonja Gerhardt), a psychic and Theo’s former squeeze. (I’m going to be honest, I’m not 100% of that breakdown because all the girls, bundled up in hats, scarves, and big jackets, kinda look the same, and most of their names are barely spoken aloud during the entire running time. Girls just sort of keep showing up, making you go, “oh, guess I missed her the first time.” Just know that this movie is basically Hellstätten 90210.) The kids all figure that cross promoting with the sadly successful Prankstaz will boost the number of theiir Youtube followers, and that’s all that matters on the entire planet. 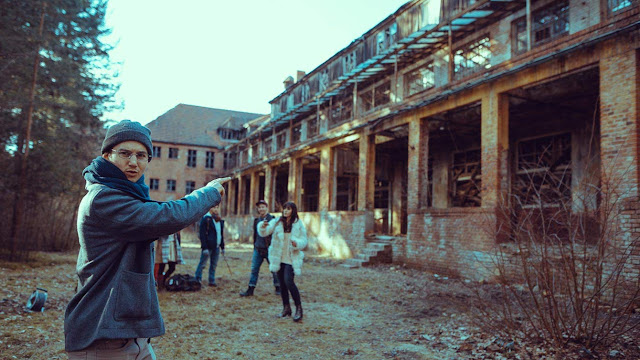 For the first two acts, Triple H unfolds exactly as you would expect: the characters are introduced and established as: the main one who will probably live, the “silly” ones who definitely won’t, and the window dressing ones whom no one will especially care about. Dark hallways are wandered, fleeting creepy things in the dark are glimpsed, fights break out among the cast, and bodies begin to drop. During this time, Triple H is very okay – it’s absolutely every other found footage flick you have ever seen, but it’s well made enough that it doesn’t feel like you’re watching anything offensive. In addition, there’s a scene where Theo berates the two Prankstaz hosts for peddling idiocy on their channel and contributing to “the stupidity of our youth,” so you might be thinking, “Oh, wow, Triple H has a message.” Once the third-act twist happens, whatever credit you were willing to lend toward Triple H goes totally out the window and you will groan, groan, groan. To its credit, you’ve never seen anything like it in a found footage flick, but that’s because the twist is nearly as ridiculous as, say, if it’s revealed that the haunted hospital had been under the hellish influence of an evil cantaloupe named Jeremy.

Haunted Hospital: Heilstätten is every found-footage flick you’ve ever seen – that is, until it’s not, and that’s when it’s worse. If you’re among the breed of fan who devours these kinds of flicks regardless of budgets or reputations, you’re likely to find a few worthy yuk-yuks within. For everyone else, avoid. 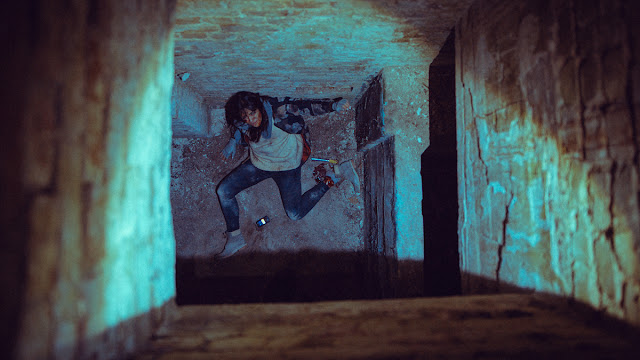 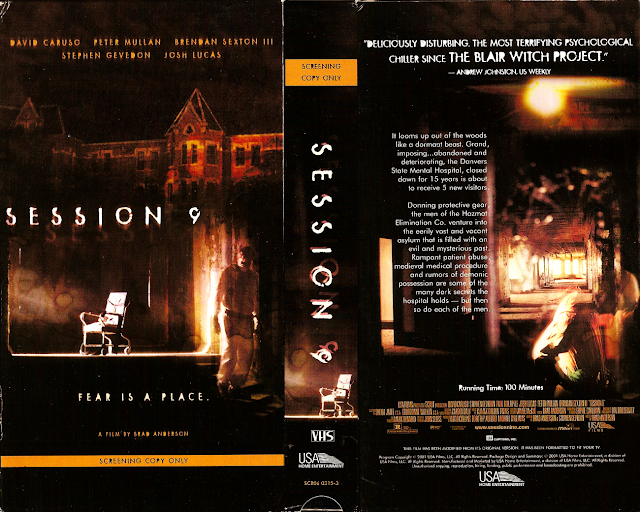 I’ve always been oddly fascinated with abandoned structures. From the tiniest house to the largest factory (or, appropriately, mental institution), the idea of a place formerly inhabited falling into disrepair and becoming the home of a different kind of dweller—the homeless, the fugitive, the reclamation of nature in the form of burrowing animals and crawling vines—is intriguing, a little sad, but exceptionally threatening. Even the most mundane object—an old desk, a stack of files, or perhaps a wheelchair—take on a new, ominous appearance. These things that were once part of everyday life have been sitting dormant, waiting for their owners to come back and give them purpose again. That doesn’t apply just to these everyday things, but the structures that surround them. The more you think about it, the more you realize that an abandoned building is actually the saddest thing there ever could be.

There’s certainly a detectable sadness permeating Brad Anderson’s magnificent debut as a horror director, utilizing the abandoned Danvers State Hospital of Massachusetts as the setting for his film about a group of men each being affected by their interaction with the old crumbling building. Gordon (Peter Mullan), an exhausted new father, is on the verge of losing his business, the Hazmat Elimination Company. Phil (David Caruso) has recently lost his girlfriend to co-worker Hank (Josh Lucas), and has fallen hard on drinking and drugs to cope. Hank, meanwhile, has no real purpose in life, and he knows this, and he’s looking for his “meal ticket” to something better. Mike (co-writer Stephen Gevedon), who was once on a promising path to practicing law, didn’t make it through law school, and is now shucking asbestos to make ends meet. Finally there’s Jeff (Brendon Sexton III), Gordon’s nephew, a naïve innocent who simply finds himself in over his head, in the wrong place, and at the wrong time. 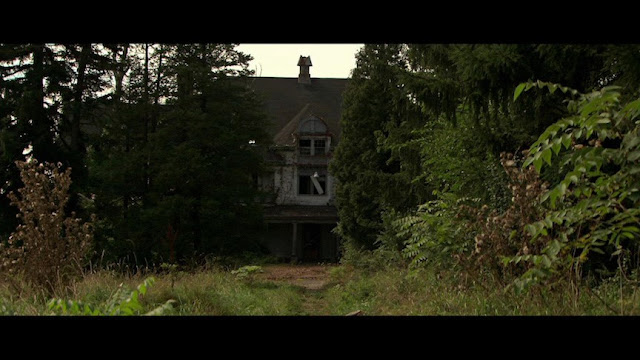 As for the less traditional characters, okay, fine—the most important character is Danvers State Hospital itself, barely dressed up beyond a shock therapy room and the plastic-covered walls. It effortlessly exudes menace, mystery, sadness, and terror all at once. Also doing a lot of the heavy lifting are the audio recordings of a nameless doctor and his patient, Mary Hobbes, who presents in three different alternate personalities: Princess, Billy, and Simon. Once these recordings are discovered, Mike becomes obsessed with them, playing them in order, beginning with session one and ending with you-know-what. As eerie as the hospital that surrounds them, these different voices come together to tell one story, allowing a glimpse into both the kind of terror and sadness that must have been rampant in structures like this during the early 1900s.

Peter Mullan, taking the lead, pulls off a staggering performance as Gordon, father to a newborn trying to fix his broken marriage as he’s also dedicating his time to a poisonous, crumbling hospital. His transformation from beginning to end is slow, but at the last stop of his journey, his final scenes are heartbreaking. Caruso’s Phil is a wonderful prick—the kind he excels at playing. A bit too overbearing at times, his weed-smoking, bar-dwelling presence leaves the viewer constantly on edge, and unsure if he’s to be trusted. (And his epic "fuckyouuuuuuu" is already infamous.) Josh Lucas, in one of his earliest rolls, plays another kind of prick—the one even more obnoxious, but also the kind you can’t help but love. Rounding out the cast are Stephen Gevedon, whose knowledge of the history of the hospital provides the basis for an early disturbing scene (and which will sound familiar if you’ve seen the recent film Regression), and Brendon Sexton III, who offers the only weak performance in the ensemble, though it’s more inconsistent than outright distracting. 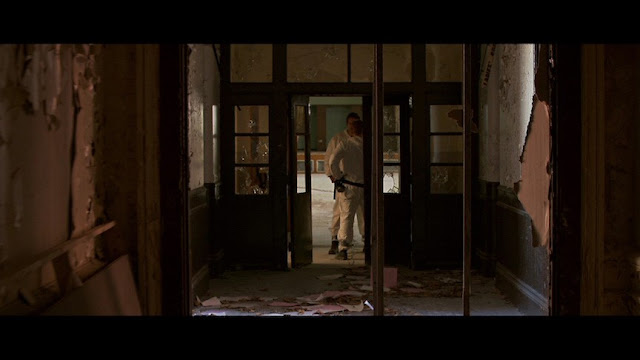 On the making of the film, director Brad Anderson talked about finding the location first and wanting to set a story within and around the infamous structure, but wanting to avoid the typical scenario in which teenagers break in to fuck around and end up in peril. His describing falling back on a group of men charged with clearing out asbestos simply as a device to set a story inside the hospital comes off almost as dismissive, which is strange considering that this same device is not only wholly original, but actually serves as an interesting dichotomy between the lives these men want to live and the lives they currently are. Being forced to “shuck fiber” is not only potentially hazardous to their health, but also represents to each of them just how low they have all sunk—from Gordon, who promises to pull off what would ordinarily be a 3-week job in just seven days, to the men who work alongside with him, all who’d rather be any place else. None of them are in particularly enviable positions in life, and despite their occasional camaraderie, leave them more susceptible to the influence the hospital has over them. As to what the hospital is doing to the men exactly—Is it supernatural? A form of cabin fever?—Anderson never makes it clear, which is just fine. Like the hospital itself, this thing that awakens when the men enter and takes hold of each of them in different ways is better left as mysterious. Like its patient room walls covered in old family photos and newspaper headlines, you’re given just enough of the story to reach its conclusion—and, like the ambiguity of all the awful things that may or may not have occurred in that hospital over the years, it’s better not to know, and it’s even more intriguing because we don’t.

A criminally under-seen horror thriller, Session 9 is one of the best horror films to come out of the 2000s. Don't look at the cover and dismiss it as just another haunted house kind of film, because it's not that whatsoever. Owing more to The Shining and Don't Look Now rather than Paranormal Activity or Grave Encounters, Session 9 is old-school, slow-burn kind of horror, made for (gasp--and starring) adults experiencing their own kind of horror--and more than just the obvious. 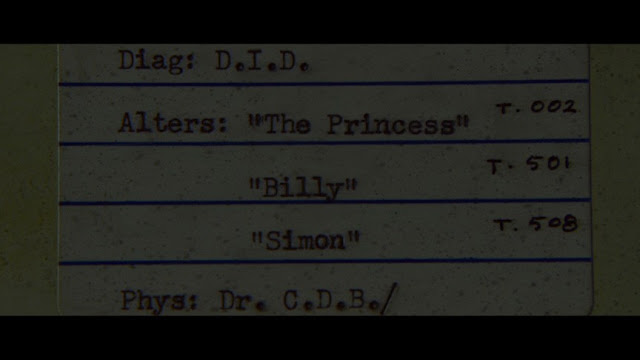 Nurses deal with death on a daily basis, so it’s hardly surprising that many turn to religion as a source of wisdom and comfort. However, encounters with demonic forces may also influence nurses’ views on the battle between good and evil. In a chilling tale on AllNurses.com, one nurse shares her experience with a dying patient who was more than he seemed.

According to the nurse, the patient suffered from a variety of ailments that could end his life at any time. However, the man was terrified of death and raged at the nurses to keep him alive.

“Every time his heart monitor beeped, he would go into a rage screaming, ‘Don’t let me die! Don’t let me die,’” the nurse writes. “We soon found out why he didn’t want to die.”

One night, the patient took a turn for the worse, and the nurse rushed into his room with emergency supplies. However, she wasn’t prepared for what she found.

“This man was sitting about two inches above the bed and was laughing,” the nurse writes. “His whole look completely changed. His eyes had a look of pure evil and he had this evil smile on his face. He laughed at us and said, ‘You stupid bitches aren’t going to let me die are you?’”

After this frightening outburst, the man went into cardiac arrest and died 20 minutes later. However, the terror was far from over. Five minutes after a doctor pronounced the patient dead, the newly-deceased man sat up in bed and started to laugh, saying “You let him die. Too bad.” What happened next sounds like something from a horror movie.

“We heard a horrible, agonizing scream and then you could hear ‘don’t let me die’ whispered throughout the unit,” the nurse reports. “Every one of the nurses that night was pale and scared. Nobody went anywhere by themselves. By morning, the whispers of ‘don’t let me die’ were gone.” 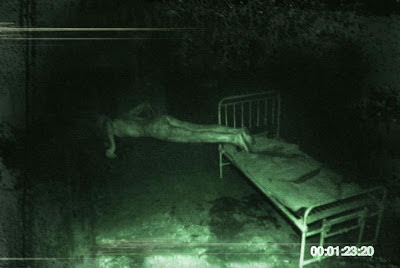