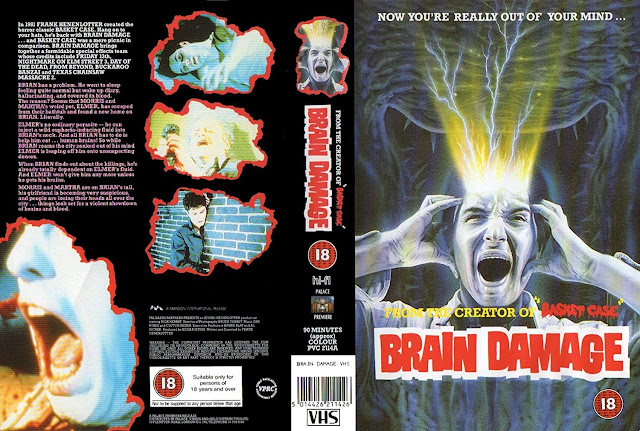 If David Cronenberg had a sense of humor, he would be Frank Henenlotter. The quirky New York-based director of a very quirky filmography (the Basketcase trilogy is likely his most well-known offering) has built a career on exploring maladies of the body and through what circumstances they turn the kinds of mutantness, corrupted, or gooey that usually befall his lead characters. But during all this, Henenlotter is never not going for laughs. And he’s always been successful – so much that his early ‘70s tale about two brothers (one of whom is a freak of nature the size of a bowling ball with the appearance of a meatball found under the stove three years after it went missing, and which dwells in a large wicker basket carried around by his “normal” brother) managed to spawn a series – a series! – of films, with more and more freaks being added to the lineup with each sequel.

Brain Damage has the distinction of being Henenlotter’s most broadly entertaining film while also being the most direct about its message: drugs suck and ruin your relationships. 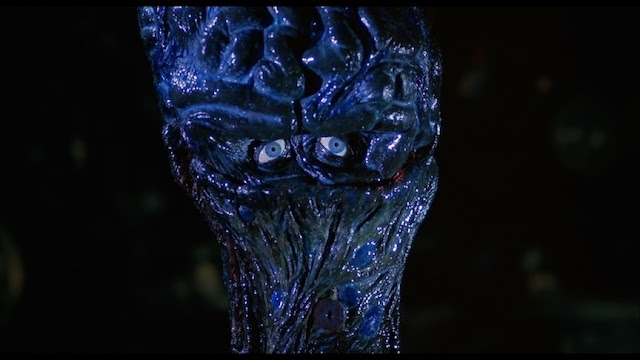 It’s not a complicated message, and one that’s easily decipherable right off the bat, which works to the film’s advantage, because it allows the entire conflict to play out without constriction, enabling easily earned humor derived from the sheer absurdity of the plot.

Every appearance of Elmer is funny, thanks to his turd-like shape and beady, friendly eyes, as well as the completely unfitting voice work by actor and Halloween horror host John Zacherle (who appeared in Henenlotter’s Frankenhooker, and who unfortunately passed away in 2016). Putting aside for a moment that such a loony concept would have ever existed outside of the imagination of Frank Henenlotter, one would see Elmer’s design and be tempted to give him a guttural and whiskey-soaked voice akin to Danny De Vito or Tom Waits. But no, Zacherle’s voice – and by extension, Elmer’s – is calm, smooth, and pleasant in a grandfatherly way, with abrupt articulation and diction. The aesthetically pleasing voice which comes out of Elmer makes the choice a complete 180 from what would be expected, but which makes it that much more amusing. 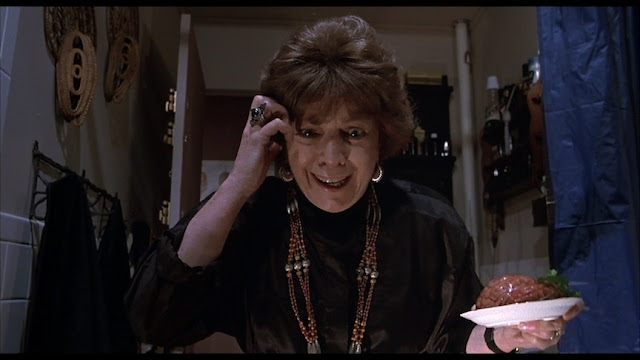 Like Cronenberg (early Cronenberg, anyway), Henenlotter has been pretty uncompromising when it comes to the films he wants to make, avoiding the studio system whenever possible to make sure the sheer insanity which emanates from his imagination goes from page to film without dilution. Brain Damage is kind of nuts, but in all the ways that make it great, and even if the film is about a purple poop parasite that feeds off human brains and injects goo into the back of its host’s neck to get them high, it still carries with it a message of value. Like all the best horror films, Brain Damage is a morality tale, but it’s also one that has a hell of a lot of fun conveying its message.

Frank Henenlotter doesn’t have a very expansive filmography, but where he may lack in quantity, he certainly makes up for with a collection of titles that are 1oo% imbued with his identity and his sensibilities as a filmmaker. Good or bad (many would probably argue bad), there is no simply mistaking a Frank Henenlotter film. From the grimiest of New York streets to the body horror aspects that pervade every frame of every film, he has successfully put his stamp on the horror comedy, and has managed to make it work time and time again. Brain Damage remains at the top of his filmography.