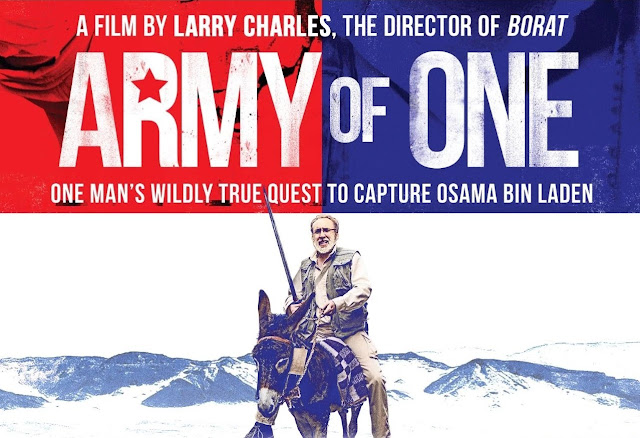 “Does The Bearded One eat at Denny’s?”

Army of One is out of its mind, but not necessarily in the good way. Still, of all the films released which boast “inspired by a true story,” Army of One actually earns the right to say it. One Gary Faulkner, he of bad kidneys and a carefree disposition, really did throw caution to the wind and attempt to do what the U.S. Government, at first, couldn’t do: locate Osama Bin Laden. And he went to Pakistan to do it.

He failed. And so did the filmmakers trying to tell his story.

Army of One comes to you courtesy of Larry Charles, who has found far more critical success in his directorial work in television than he has with features. Except for his first feature collaboration with Sacha Baron Cohen in what became Borat, Charles has yet to make a feature that one could be considered “good” — one that received either accolades or a nice, fat return at the box office. Masked & Anonymous, his Bob Dylan-starring apocalyptic tale of musical redemption, was more fascinating watching Dylan walk around being completely uninterested in things than it was as a story, and his additional collaborations with Baron Cohen resulted in the ho-hum Bruno and the flaccid attempt at narrative known as The Dictator. Sure, he had Bill Maher’s Religulous in there somewhere, but anyone familiar with the outspoken comedian’s show Real Time or his stand-up material knows that he was more of a driving force behind that doc’s final product than its credited director. And I guess we can add Army of One to that list of underwhelming efforts, which is probably just as nuts as his debut Dylan debacle. But that doesn’t mean it’s not worth seeing — you just have to know why you’re seeing it to determine what you expect to get out of it. 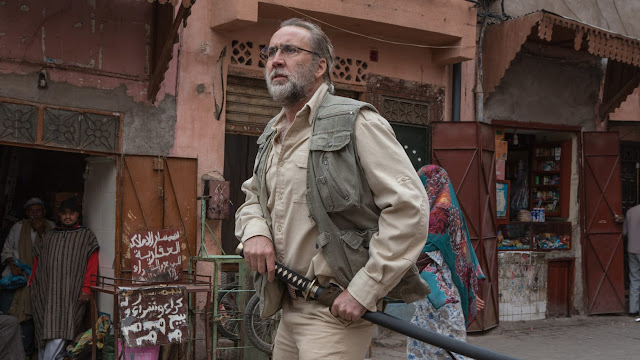 Because all is not lost. Army of One has the potential to offer a potential viewer an entertaining time for exactly one reason: Nicolas Cage. Yes, it may come as a surprise to hear that the man more famous for starring in memes than films once had the talent and drive to dazzle his audience with an array of quirky, energetic, and manic performances.  Though he’s spent the last two hundred years (it really feels like that, doesn’t it?) starring in utterly forgettable thrillers where he seems even more bored with the material than the viewer is with watching it unfold, every so often he shows up in a film that’s different, and special, and indicative of something more than a paycheck. Army of One definitely fits that bill — it’s just not very good. But his performance — his completely gonzo performance as Gary Faulkner — is the reason to see it. His take on this real-life character smacks with such bonafide energy and Cage-isms that it makes Army of One as a whole even more disappointing. Whenever Cage is on-screen slicing grapefruits in mid-air with a samurai sword, or enthusiastically debating American superiority vs. Pakistan superiority with a willing cab driver, it is glorious. But when the broad, stupid, uneven comedy of the script or Russell Brand’s awful take on God enter the picture (though to his defense, no one could have saved that iteration of God), everything comes to a screeching halt. And when this happens, you realize: Nicolas Cage is not only still capable of being impulsively watchable, but he’s even capable of elevating dire material to levels less indicative of wasting your time. (Although can I just say the meta scene where Cage’s Faulkner talks about the film he’d heard was being made of his lifestory, and recommending “Nicolas Cage of Con Air” to tell his story reeked of Tarantino levels of self-aggrandizement.)

One of the film's producers mentions how the story of Gary Faulkner could only have been portrayed on screen as a comedy. Whether that’s true or not is a matter of perspective, but director Larry Charles bought into that a bit too much, leaving behind any semblance of drama for the real man who inspired this unlikely story, resulting in a farce so out of its mind that it’s nearly unapproachable.

Army of One is not good, but that’s not to say you won’t enjoy it in some degree. Most of this enjoyment will likely come from Cage finally revisiting unhinged characters after spending so much time wallowing and whispering on screen. If nothing else, at least Army of One proves that Cage still contains that manic spark which brought so many of his previous beloved characters to life. Rest assured Gary Faulkner won’t go down as one of them, but man oh man was it fun as hell to see unfold. As a film, not recommended; as a crazy-Cage vehicle, see it immediately. 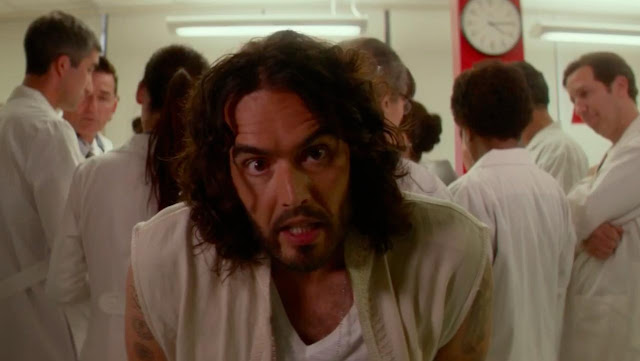