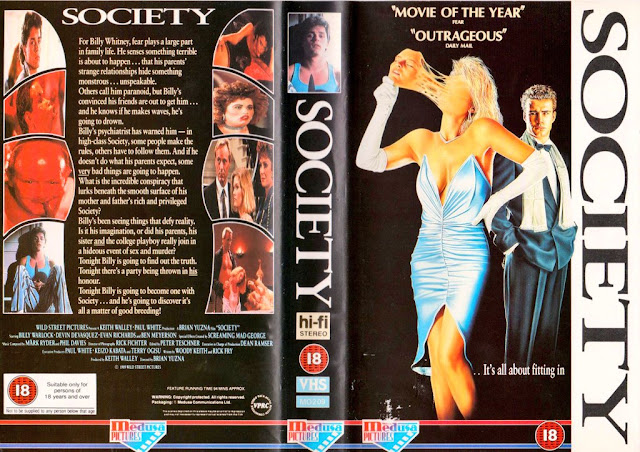 If Brian Yuzna's name sounds familiar at all to you, it's likely because of his affiliation with the Re-Animator series, having produced the first film and directed the next two, or perhaps his having directed Return of the Living Dead 3, obviously the second sequel to his friend Dan O'Bannon's punk-classic original. But make no mistake: Society is his best film as a director, along with his most daring, his most dangerous, and even his most potent.

With economic disproportion never having been more at the forefront of everyday conversation than it is now, it seems like the perfect time for Society to hitch the wind and infiltrate unsuspecting horror audiences once again. Shot in 1989 but not released until 1992, Society is...icky. To put it aptly, Society is John Hughes and Joe Dante meets David Cronenberg after being donkey-punched by Jim Wynorski. It is a wild satirical look at economic statuses, high school popularity, sexual coming of age, identity, and so many more things. But it just so happens to include men with their heads literally up their own asses...or...in their asses. Coming...out of their asses? The ratio of head-to-ass isn't important, but what is important is that the face makes raspberry noises with its mouth, mimicking a fart, before breaking into wild laughter, and it's one of the greatest things you'll ever see in cinema. 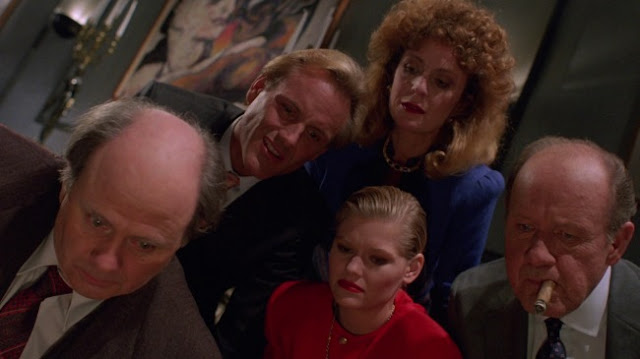 Society's only weakness is in just how god damn unapproachable it is. A cult title in every sense of the word, it exists in a class and a genre all its own, and for a fraction of a fraction of a movie-going audience. Between the twisted naked bodies and the cannibal-like parasitic humanoids, and the--gulp--shunting, Society isn't just entertaining, but it's dangerous. To watch Society is to feel your jaw hit the floor as the credits roll before you, but only after you've likely gone just the least bit insane.

Society--an extravaganza of practical effects, gonzo sight gags, taboo-breaking sexual perversion, fully earned yucks, and honest-to-gosh frightful imagery--has to be seen at least a single time. Some will love it, most will hate it, all will feel like they just experienced a nightmare. There's very little that can be or should be said about this title other than letting every frame of its running time pass through your eyes is a rite of passage. It's not for everyone. It's probably not for anyone. But there's only one way to find out. 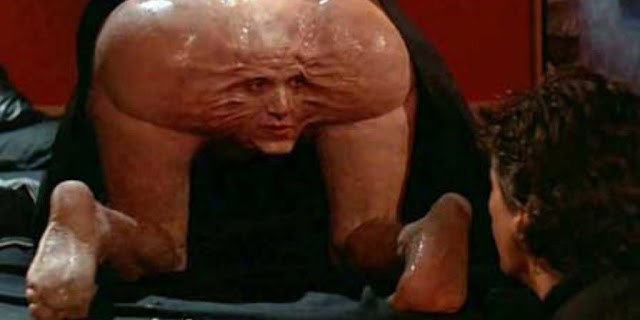