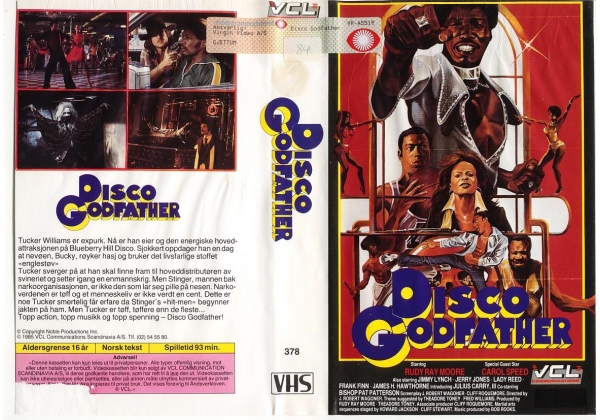 As far as I’m concerned, the Blaxploitation movement can be divided into two parts: the normal ones, and the ones with Rudy Ray Moore. The singer/musician/comedian/actor/producer and all-around jack-of-all-trades was one of the most famous faces in Blaxploitation – one whose Dolemite persona would launch a reasonably well known career. Previously and hilariously described as “a uniquely articulate pimp,” Moore’s creation of Dolemite, whose penchant for long, rhyming diatribes belted in his halting voice, would go on to create a post-Blaxploitation iconic rhythm and sound that would remain with the genre even after his death in 2008. (The character of Bullhorn in 2009’s surprise cult hit Black Dynamite, for instance, was heavily inspired by Moore’s unforgettable tenor, and can be heard as the trailer’s narrator.)

And it wasn’t just Rudy Ray Moore’s presence that made his run of films, including The Human Tornado, Petey Whitestraw, and this, Disco Godfather, so successful, but it was that Moore had the foresight to play the concepts of nearly all of them completely straight. Though The Human Tornado betrays this just a bit, relying more on comedy than the film it’s sequelizing, Dolemite, Moore’s filmography was grounded on playing the title character whose prestige and adoration could have only existed in the world of fiction. Thirty years before Will Ferrell would find similar but much more mainstream fame in playing comedic ego-maniacal characters, Moore was a kung-fu fighting, lady-bedding, rhyme-shouting “uniquely articulate pimp” who could garner the kinds of laughs that leave you wondering if he’s being serious or not. With multiple opportunities seized to show off his not-great body in a manner suggesting he boasted the same physique as Black Belt Jones’ Jim Kelly, or to engage in very poorly choreographed fight scenes, Moore is a constant on-screen force who elevates material either admittedly well worn or absolutely unique. (Disco Godfather is definitely the latter.) 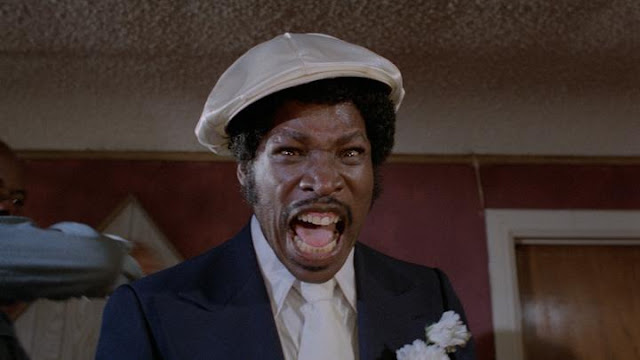 Disco Godfather would not only serve as Moore’s last leading performance of the 1980s, but also serve as the most befuddling and odd film of his career. A drug-scare film baked on high in the Blaxploitation oven, Moore plays the titular character (literally called “Mr. Disco” or “Mr. Godfather” by others) as a righteous discotheque/club owner who sees his promising basketball-playing nephew fall victim to the newest drug on the streets – angel dust – which causes the poor lad to suffer hallucinations in which demonic nuns growl through fangs and cut off his arms with a machete. If you’re thinking, “that sounds hilariously outlandish,” that’s because it is – and again, none of this is played for laughs, but it’s beautifully tempting to theorize that perhaps Moore and his crew had discovered the joys of what’s known as the straight-faced comedy long before anyone else. The earnestness of the writing and performances and, to be fair, the poor filmmaking, are what make Disco Godfather, and Dolemite before it, so infectiously entertaining. And regardless of the inspiration, let’s not forget that, putting aside the sheer insanity, Disco Godfather proudly boasts a strong anti-drug message, showing its users as straitjacket bound in mental asylums or being spiritually torn apart by red-eyed demons. Yes, again, the film surrounding this message is absolutely absurd, but at least it was about something.

Blaxploitation sub-genre aside, Disco Godfather is a relic of its time for another reason: the soundtrack. Disco Godfather wants to get out there and make it sound good, can you dig it? Sooo much disco is on hand throughout — disco music, disco sequences, disco lifestyle, and disco flava. Probably half of the film’s 90-minute running time is dedicated to scenes of people dancing disco and Moore encouraging — nay, insisting — that they “put more weight on it.” One particular dance sequence lasts a staggering nine minutes, which sees Mr. Godfather’s club patrons dancing disco the only way they know how – discoey – as Moore DJs in the background and urges them to keep dancing. It’s just the tops. 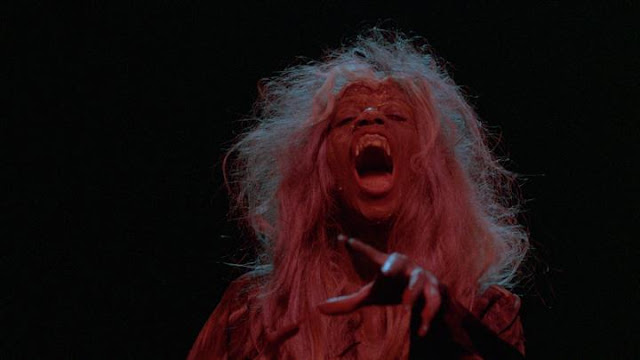 If you’re new to the Blaxploitation movement, I think it would be wise to check in with Foxy Brown, Black Caesar, and even Truck Turner to get a feel for the genre before you dive headlong into the wild world of Rudy Ray Moore. His face, voice, and schtick are very familiar if you “get it” and enjoy that world, but to those with just a cursory knowledge of the genre, he likely won’t come off familiar. (The poor asshole doesn’t even have a photo on his IMDb filmography.)

Blaxploitation offers its own charm and definitely its own way of doing things, and it’s best to settle in and find your groove before your whole world explodes upon your first high-kick to the face from Dolemite’s platform shoes. To emphatically discover that Disco Godfather had been purposely constructed as a straight-faced comedy would certainly show that Rudy Ray Moore was far more deserving of accolades for his abilities as a comedic performer, but sometimes it’s just more tempting to believe something like Disco Godfather was never driving for laughs, but ended up there anyway. 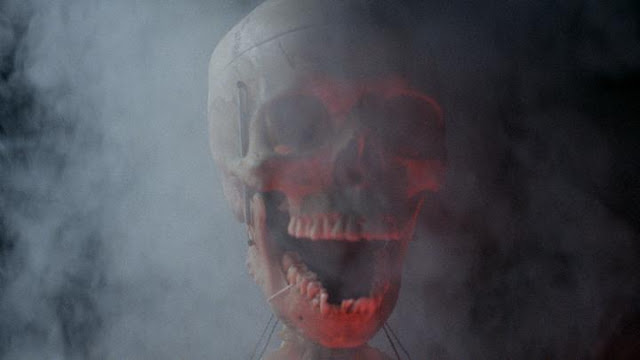