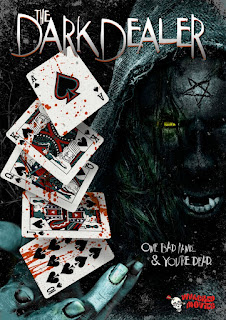 Finally debuting on DVD after its long (and probably unnoticed) absence, 1995's The Dark Dealer, the adult version of Nickelodeon's popular "Are You Afraid of the Dark?", is now here. Directed by Tom Alexander and Wyn Winberg, The Dark Dealer is an anthology horror featuring glowing orbs, bulky and suited monsters, and ghosts of very spiteful blues men.

It all begins with a young teen running in terror from a large, flashing orb-thing straight from Spencer Gifts. The boy luckily dodges into a room and stumbles across a poker game filled with a shady cast of characters. The boy takes a seat and listens as each poker player unfolds his own story, laying down the events which led them to their seat at the table. 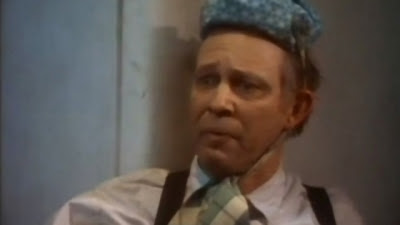 From two unlucky thieves using the wrong old man's apartment to hide from the law, to an overambitious entertainment lawyer stealing an old forgotten black musician's songs to hit it big, to the final and wraparound story featuring orbs, drugs, and crack dens, The Dark Dealer unfolds with the same kind of overly cheesy and EC-comic-book style as its source of inspiration, Creepshow. And since the film was made in 1995, there is no garish and boring CGI to offend the eye - it's all practical here, baby. Rubber faces, white face make-up, and all the screaming skeletons money can buy.

Quite obviously, The Dark Dealer is no Creepshow. It's not even Creepshow 2. If it was, you would've heard of it already. (It's way better than Creepshow 3, but, so is bloody stool.) That doesn't mean, however, that it's not watchable...because it is. Released during the height of the direct-to-video movement, The Dark Dealer encompasses all you would expect from that era: corny gore, sex for no reason, and awful humor. 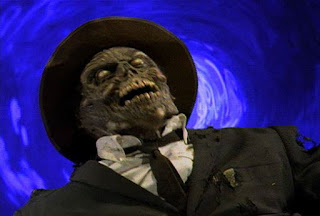 Fans of quirky and low budget horror will find something to enjoy, even though each story unfolds with the kind of tedious inevitability, with the main character receiving his just desserts served with a dash of irony, that Tales from the Crypt made famous. But in the interim, bodies transform with rubber intensity and claymation demons faces scream RIGHT AT YOU.

It's all in good fun, and you'll likely enjoy yourself.

Buy the film here (and watch out for flying soup ladles).