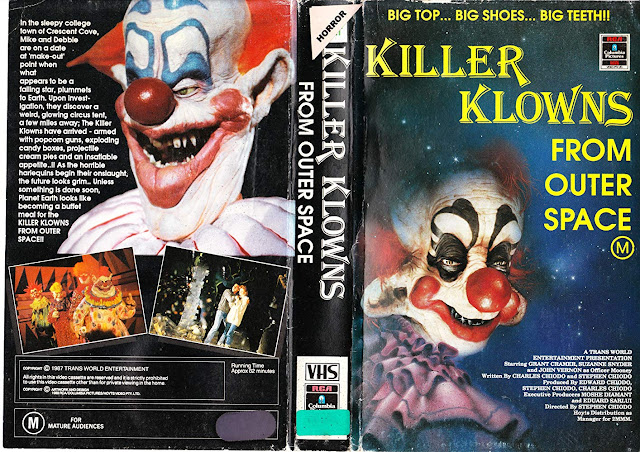 Alien clowns from space are packing “deadly popcorn guns and cotton candy cocoons.” It’s right there in the synopsis, people. If you don’t want to watch Killer Klowns from Outer Space based on that line alone — either again or for the first time — then no one can help you.

Lots of horror films are a huge part of my childhood. Killer Klowns from Outer Space was one of them. For a period during my late tens (that’s tens, not teens), it was almost inescapable. It played on television constantly, and the very first time I caught it, I was home from school with a fever and enjoying the rare chance to absorb daytime television. (I also saw Innerspace and The Shining under similar circumstances. If you’ve never watched The Shining while you’ve had a fever, you  haven't lived.)

Killer Klowns from Outer Space is a gas — a slice of ‘80s horror/comedy filled with bad examples of both, but still a fun title and, I’d even argue, a staple of the genre. Written and directed by the Chiodo brothers, known for their practical effects work and monstrous Hollywood creations, it should be no surprise that the most engaging aspect of Killer Klowns are the clowny creations themselves — them, their weapons, their abilities, and eventually, their spacecraft. Whatever you may think of Killer Klowns from Outer Space as a horror film or a comedy, it never fails to impress as a visual delight of imaginative and well constructed practical effects. 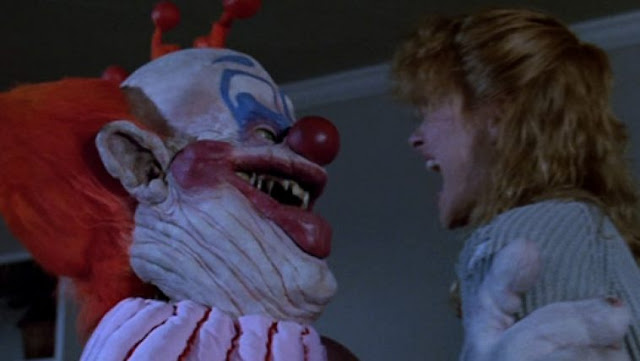 Killer Klowns from Outer Space was for years a video store staple and then following that a cable staple (hence my first interaction with it), and its reputation has only grown over the years. It’s very silly, almost too much at times, but goddamn if it’s not exactly as its makers intended. It’s a sly cartoon masquerading as a horror film, and the joy of seeing John Vernon (Dirty Harry, Charley Varrick), of all people, interacting with those delightful clowns from space makes it all worth it. Not hurting is the presence of Suzanne Snyder, who appeared in enough ‘80s fare (Weird Science, Return of the Living Dead 2, Night of the Creeps, Retribution) that my crush on her during a young age lasted at least through the ‘90s.

For years, the Chiodo brothers have been teasing a sequel, and it’s truly a bummer that they haven’t gotten one to materialize. ‘80s nostalgia is huge at the moment and shows no signs of going away; it’s a perfect opportunity for them to resurrect our favorite galaxial clowns for another round of greasepaint mayhem and very broad humor — before someone remakes it. 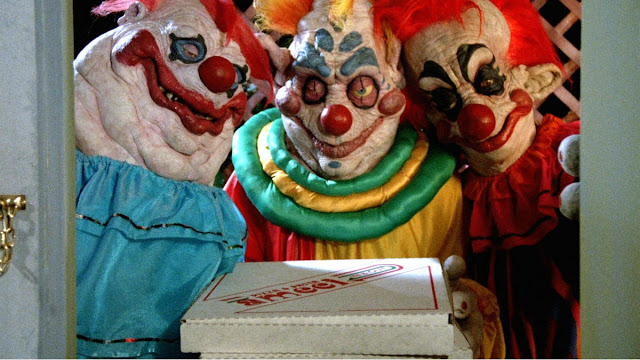