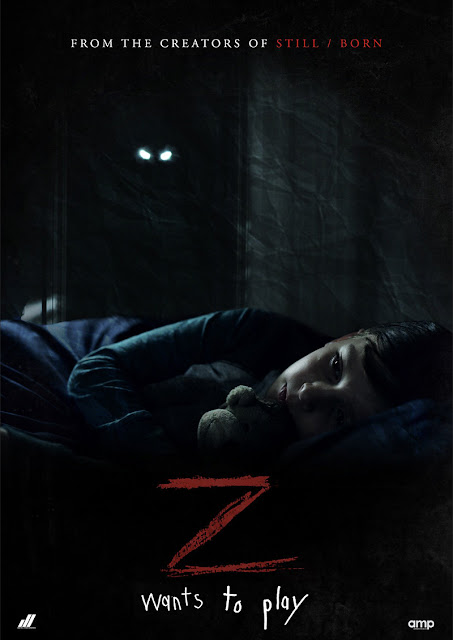 When I was a kid, I had an imaginary friend named Mr. Suit. I called him that because of the old looking clothes that hung from his tall and lanky body, completed by a matching bowler hat and a beard so thick that Grizzly Adams would’ve felt genetically deficient. I never told my parents about Mr. Suit, and I made sure never to “play” with or talk to him when they were around, because, by that time, I was already feeling a little ostracized by the other kids at school and I didn’t want to engage in any further behavior that might seem weird. You see, I somehow knew Mr. Suit was imaginary, and no one else could see or hear him, so why complicate my life even more? Still, he was my only friend, so I almost always did the things he’d tell me to – most of which were pranks, and fairly harmless. He used to make me pinch clothespins around the tail of a neighborhood cat that often wandered my small town’s backyards looking for food, or he told me to dig up large shrubs from the neighbor’s garden and plop them down in the middle of the busy road so cars would come along and plow into them in the dark. One night, very late, Mr. Suit told me to go stand next to my mother and stare at her as she slept; eventually, he said, I’d know what to do, because he would guide me. I did what he said, but after a while, no epiphany came, so I merely stood at her bedside and stared at her in the dark until she’d woken up on her own and, upon seeing me, let out a half scream of surprise. This was the most dramatic show of influence Mr. Suit ever perpetrated over me, and as time went by, he visited less and less until he never came again; I assumed he’d dismissed me as a disappointing protégé and moved onto a more promising kid. For a long time after, I questioned what Mr. Suit wanted from me until the day came when I finally understood that I was Mr. Suit, and I was the one telling myself to do these things. I wrote it off as childhood nonsense and eventually forgot about the whole thing. A few years ago, I was reading online about area serial killers and that was when I first learned about H.H. Holmes, known, infamously, as the first serial killer discovered in the United States and subject of the non-fiction book The Devil in the White City: Murder, Magic, and Madness at the Fair That Changed America (the adaption of which is allegedly coming from Leonardo DiCaprio’s Appian Way production company and possibly director Martin Scorsese). Upon seeing the last photograph taken of this murderer of 27 people before he was hung in 1896 in Philadelphia, roughly fifteen minutes away from my childhood home, I would’ve told you, without a moment’s hesitation, that this H.H. Holmes had been my childhood friend, only his name back then was Mr. Suit, and he’d slept standing up behind the curtains in my room at night while softly laughing at the funny dreams I assumed he was having, or maybe at all the weird, dangerous things he was conjuring in his imagination for me to do.

I’m obviously kidding. My point is: imaginary friends are creepy, aren’t they? And in horror, they are typically one of two things: the devilish, dangerous side of a child’s personality, or a walking entity masquerading as childhood fancy. The imaginary friend is an under-explored concept in horror, generally utilized in haunted house movies (The Conjuring, The Grudge) where it ceases being referred to as such after the first act, because by then it’s revealed that said imaginary friend is actually a trapped spirit or something much worse. Rarely does the imaginary friend concept stick around for the duration; the closest exception I can drop is, hilariously, Drop Dead Fred. 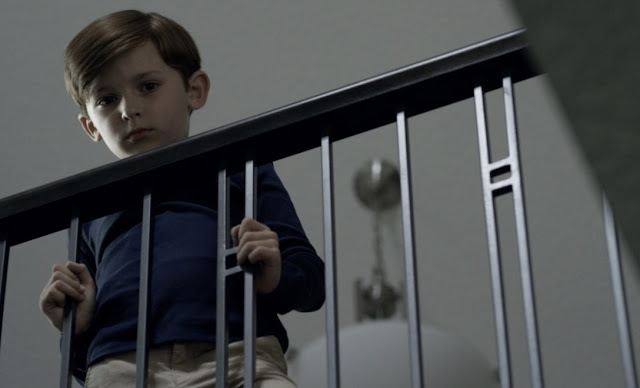 And that’s what makes co-writer/director Brandon Christensen’s Z so refreshing. Elizabeth (Keegan Connor Tracy) is one of many parents in the world who accepts the fact that her son, Josh (Jett Klyne), has an imaginary friend, this one named “Z.” Over time, however, Elizabeth begins to realize that “Z” has an unhealthy hold over her son, and may be persuading him into doing increasingly dangerous things. “Z,” also, becomes much more than imaginary, in that she begins to see him in the flesh, and with everyone else in her life, including Josh’s father, Kevin (Sean Rogerson), not experiencing the same things she is, her battle against “Z” soon becomes one she has to fight on her own.

Z seems to have picked the bones of the last ten years of supernatural fright flicks, including Lights Out, Sinister, and especially Insidious, but that’s not necessarily a complaint. The horror genre has always been cannibalistic, perpetuating itself by living off previously explored ideas. Ironically, even Insidious is a perfect example, in that it’s story of ghostly events leading a scared family to obtain the services of mystics and paranormal investigators has been lovingly borrowed from Poltergeist. On the surface level, Z is familiar territory – the peculiarly acting child and his creepy drawings, the lone parent who begins to question her sanity – but as Z plays on, it begins to forge its own identity. There’s a genuine attempt at establishing histories for our characters, which not only help us to sympathize with them, but which also provide just enough personal trauma to make us wonder if the creepy goings-on are actually the result of our lead character’s psychological break with reality instead of a surface-level supernatural infestation.

The titular boogeyman is only spotted a handful of times, and only for a few frames. All told, “Z” appears on screen for less than three seconds across its entire running time, but what you see is genuinely unnerving. The golden rule in the haunted house sub-genre is the more you see the specter, the less effective it becomes. In that regard, Z presents its creepy figure in just the right way. (Resist all temptation to press pause on the figure, believe me.) 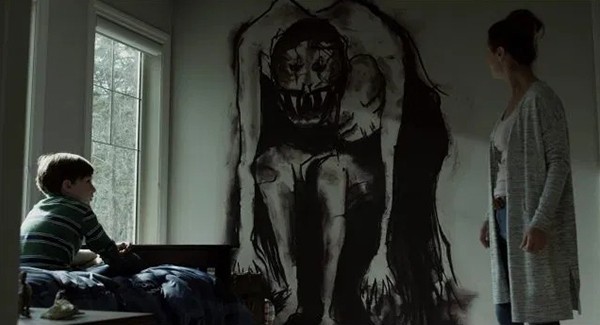 As a horror fan, I’m glad to see Keegan Connor Tracy enjoy a lead role, as she’s been a constant part of the genre since the 2000s, with turns in White Noise, the loony Final Destination 2, Bates Motel, and a handful of appearances on the CW’s never-ending Supernatural. (Amusingly, she was also in the direct-to-video sequel The Net 2.0, where she played a character named Z.Z.) As such, she’s well practiced as someone playing against a horrifying threat, which makes her turn as a beleaguered mother an easy and effective sell. Though she plays a familiar archetype, Z imbues Elizabeth with a history that moves the story into a more mythical and emotional direction, and thankfully, she doesn’t just play “the mother” or “the wife” – a bystander observing the action and offering a zero-hour nugget of advice that guides the hero to victory. She’s the hero, or at least she’s the only one who can vie for that role because she’s the only one who can, and when she descends into pure mania before film’s end, Tracy throws everything she has into the role with impressive dedication. That she spends the first act of the flick caring for a terminally ill mother alongside her sister, Jenna (Sara Canning), helps to both ground the movie’s wackier events and add an additional twist on the concept. In genre films, someone always dies, but in Z, someone is already in the process of dying, which helps it to feel different and poignant while basking in the cemetery of other films that came before it.

If you don’t expect a reinvention of the wheel, then give Z a fair chance. Though it makes a few of the same mistakes that its brethren often do, depending on visual effects it can’t quite afford, and with an ambiguous ending that borders on mean-spirited, Z still manages to offer a fair amount of creepy imagery, dense atmosphere, and a fresh twist on an old concept.