MERRY CHRISTMAS! 'JINGLE ALL THE WAY' FUCKING BLOWS AND YOU KNOW IT 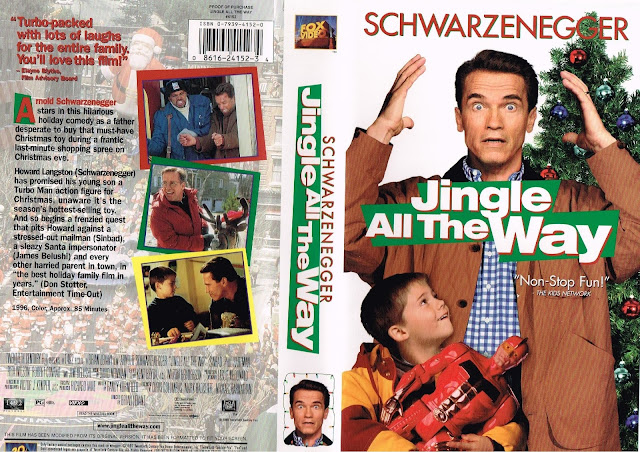 Howard Langston (Arnold Schwarzenegger) is the worst father on Planet Earth solely because he has a full-time job. His wife and son make lemon faces and complain that he’s never around, even though I don’t see Mrs. Langston throwing out her jewelry or tailored wardrobe, nor do I see Boy Langston donating all his toys and sealing off the door to his bedroom that looks like one entire daycare center. Despite Howard being a profitable salesman whose job is to follow trends in the marketplace, he somehow remains entirely ignorant of that year’s “hot” Christmas toy: the Turbo Man action figure, which has since become impossible to find. “Whoever doesn’t get one is going to be a REAL loser!” his awful son states, therefore establishing a very wrong message to convey to America’s youth.

Awful Son: I want the Turbo Man action figure with the arms and legs that move and the boomerang shooter and his rock’n roller jet pack and the realistic voice activator that says five different phrases including, “It’s Turbo time!” Accessories sold separately. Batteries not included.

If you close one eye, squint, turn your head, and pound five shots, you might mistake something like the above as pretty funny. 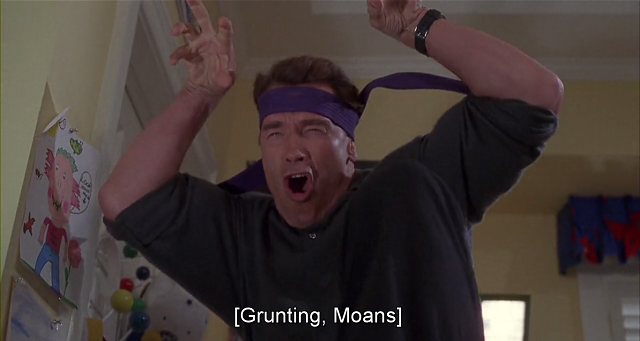 It’s clear that Howard has one option: locate this pretty-hard-to-find toy for his son to make up for the fact that he hasn’t been around to actually raise him. Howard’s desperation to obtain this toy possesses him, mind and body, leading him on a path of destruction from which he’ll never recover. Oh, along the way he meets Sinbad, played by Sinbad in a mailman suit. They’ll start off as enemies, become friends, go back to enemies again, come to some kind of mutual understanding (I think), and then you’ll remember that one time you saw that really awful surveillance video footage of that person dying in the waiting room of a hospital where none of the personnel noticed for hours and you’ll realize that was still less soul-crushing than Jingle All the Way.

Despite being a total flop with critics, Jingle All the Way somehow managed to make $130 million at the box office by the end of its run; some figures even put that gross somewhere around $183 million. Thanks, civilization.

There is exactly one redeeming thing about Jingle All the Way and its name is Phil Hartman – not because he was given all the best lines, and not because he gives a stand-out performance, but because he isn’t forced to reduce himself to the agonizing depths of embarrassment that nearly everyone else involved in this fiasco ably stoops to achieve. All he does is sit in a car, drink hot chocolate, and look awesomely smug, and that’s why we’ll forever love Phil Hartman.

Not even Arnold Schwarzenegger, with whom I will always have a heterobsessionTM, can overcome the awful pedestrian humor in which people slip on bouncy balls and fall down, trip over remote control cars and fall down, or get caught in crowds of Christmas shoppers and fall down. Along the way a reindeer is punched, Arnold screams, “Put the cookie down,” a lesser Belushi makes an appearance, and we all die a little.

Jingle All the Way exists because we’re a horrible people. We’ve done wrong – perhaps since the beginning of time – and we’ll never vanquish the darkness in our souls nearly enough to will Jingle All the Way out of existence.

Know how I know that? 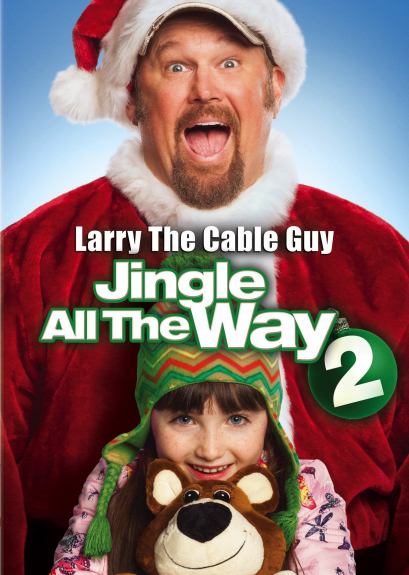