The father/son bond is one of film’s most explored relationships, more so than mother/ daughter/anyone else, and that’s because men are hard headed and stubborn and create a lot of their own problems. That’s hard-wired into our DNA. A father wants his son to find his way in life, whether it’s being exactly like him or nothing like him. And a son, likewise, wants to find his own way and prove to his father that he can do it. When this relationship is portrayed on-screen, it can be powerful because men are rarely given the opportunity to look vulnerable.

The way Walking Out handles it is one of the more unique approaches, in that even though Father (Bomer) and Son (Wiggins) are estranged, they are not strangers. There is a mutual love there. The son, David, might show trepidation for spending a trip in the frigid wilderness hunting with his gruff father, but it’s not the kind of conflict where that’s the last place he wants to be and therefore he’ll be a total brat about it. Meanwhile, the father, Cal, still holds a grudge against David’s mother for having left him, which may or may not be leaking out in the way he treats his son. Cal, as played by Bomer, very finely treads that line between being a likable character and one whom you wish would treat his son better. He’s hard on David in a way that’s likely (and hopefully) beyond the way fathers generally treat their sons. Cal doesn’t have a passive bone in his body, and if there’s a way he can educate his son on the fineries of hunting, but which almost always extends to life in general, he will do so — even if in the form of shaming him. Despite this, there is love there between them, and it’s a love that grows as the two end up depending on each other to escape the wintry wilderness alive — Cal with his knowledge, and David with his strength. 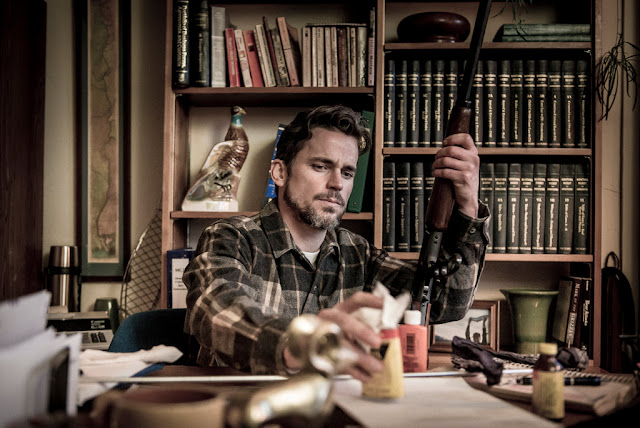 For 95% of the time, Bomer and Wiggins are the only characters on screen, and both of them give great performances, with Bomer’s loving but prickly Cal being a tough balancing act. Bill Pullman appears in flashback sequences as Cal’s own father, managing to echo a similarly gruff but loving exterior he would soon pass onto his son.

Walking Out is gorgeously shot, mostly on location in the woods and mountains of Montana.  It’s one of those films shot in the cold that makes you feel the cold, so between that and the harshness that Cal and David endure, it makes for a bleak and grueling watch at times — but by design. It’s not one of those films that’s designed to make its audience feel like they’ve experienced a thrilling adventure, but more like an emotional awakening. By its end, yes, it doesn’t offer the kind of ultimate experience that the father/son bonding film usually offers, but, sadly, it might be one that sometimes echoes closer to reality. 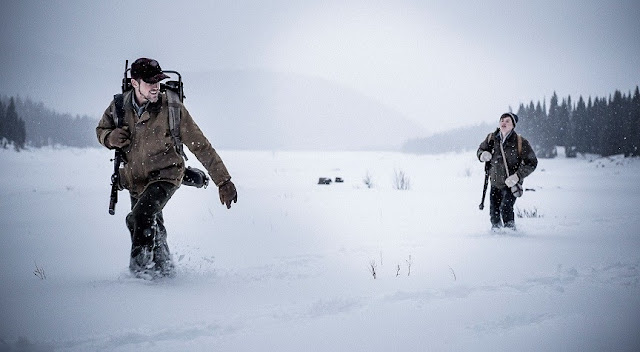