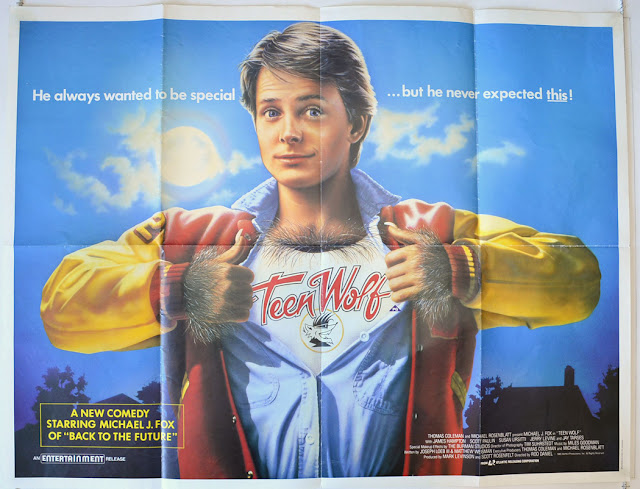 Every decade of filmdom can be easily defined by some if its choicest titles. Say the 1970s, you might think The Godfather, or Taxi Driver, or Apocalypse Now. Say the 1990s, you might say The Silence of the Lambs or The Cable Guy (haw haw). But say the 1980s, and the titles are seemingly endless. Never before has a decade been so reinforced by its penchant for excess and absurdism, along with the pop culture it created. The 1980s…where to start. The Breakfast Club. Back to the Future. Fast Times at Ridgemont High.

And oh yes, Teen Wolf, that odd parable about boys becoming men and getting hair in places they didn’t have before, or noticing girls and wanting to go in closets with them, is one of the most ‘80s films that the ‘80s ever happened to. The music (James House!), the fashions (I wear my sunglasses indoors!), the hair (wolf and non-wolf alike!) – Teen Wolf wasn’t just made during the ‘80s, but it’s of the ‘80s; it is the ‘80s: when films were daring in their willingness to be stupid on purpose, and when two guy friends could call each other “fag” in the comfort of their own van. Yes, the 1980s were king. 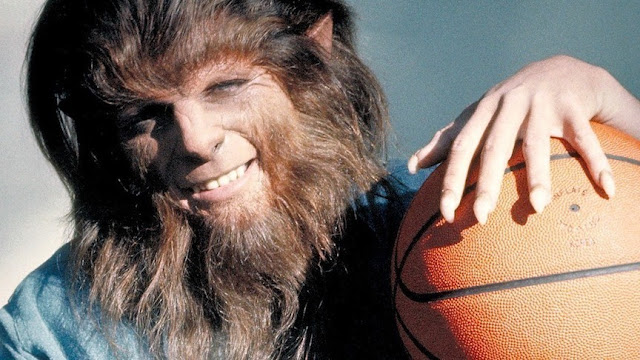 Teen Wolf was one of the first somewhat genre-oriented films to embrace the “coming of age” aesthetic that was in its infant stage of becoming a go-to trope: an adolescent experiencing a physical, emotional, or mental renaissance that would see them transitioning from childhood to adulthood. Teen Wolf boasted one of the more outlandish approaches to “coming of age,” comparing puberty and sexual awakening to literally becoming the Wolf Man, but amusingly the film actually does a good job of slowly introducing this concept. NASA-sized suspensions of disbelief are required less for the fact that this is happening, but more for the notion that everyone at school seems totally cool with this. During minute one, there’s Scott the Boy: he sucks and everyone hates him. During minute two, there’s Scott the Wolf and he’s an instant fucking legend. Alan Turing had to create the modern computer system, get chemically castrated for being gay, commit cyanide suicide, and STILL wait fifty years before the masses cheered for him. Scott Howard The Wolf only needed thirty seconds during a single basketball period.

Teen Wolf, silly though it may be, is essential ‘80s cinema. It’s not the best that the decade has to offer, but it certainly embodies the decade much better than other films from the same era that one might argue are better made. 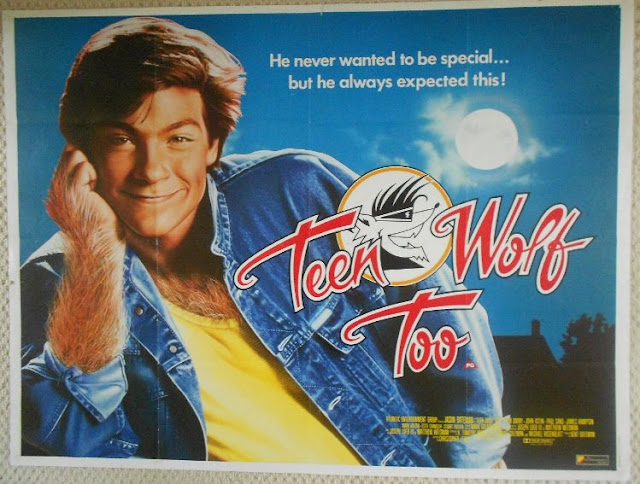 As usual, Teen Wolf Too falls victim to the comedy sequel: it strives to hit the same comedic beats, follow the same path, etc. It’s not quite as derivative as Airplane 2: The Sequel, which literally recycled every good joke from the original, but it’s very close. However, while it’s bad enough that Teen Wolf Too seems totally fine reveling in redundancy, therein lies an additional problem which basically torpedoes Teen Wolf Too right from the start: Jason Batemen, who fills in for Michael J. Fox as the new Scott Howard.

After toiling in 1990s obscurity following the end of the Brat Pack era (he was nearly cast in Freddy vs. Jason – for serious) and enjoying a career resurgence thanks to the brilliant Arrested Development, Batemen has been back in full force enjoying many different manners of films and television: acting, writing, and directing. As a comedic voice, his talent is immense, and as a dramatic one, he’s surprisingly nuanced and mature. But all that aside, one thing remains: guy plays an excellent dick. Following his semi-dick role of Michael Bluth, he’s transitioned into many other film roles where he…plays more of a dick, with a biting sense of humor and a sharp tongue. Some people are naturally capable of this, in the same way other people are naturally capable of the exact opposite. When one thinks of Michael J. Fox, Marty McFly comes to mind – America’s wholesome, plucky boy next door – someone who will take your daughter’s virginity, but be lovably flustered about it the whole time. When one thinks of Jason Batemen, your mind fills with a dick, complete with snide smile and really nice sweater. Ergo, opting to have Batemen fill in as Scott Howard for this go-round results in his turning the character into kind of a dick. And it’s not just his performance that’s to blame, either, but also the script, which is intent on pursuing a kind of Dickensian (pun not intended but I’ll take it) reformation story that sees Howard starting off shy, becoming a dick, but then re-embracing his humanity again by film’s end. Along the way he’ll excel at sports, woo the girl, isolate and then win back his best boy chum, and befriend Kim Darby – a page torn from the journal of our own lives. 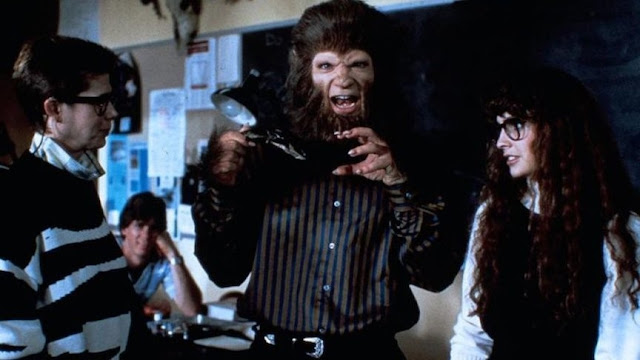 Teen Wolf Too is a weak sequel – generally bandied about on those “worst sequels of all time” lists that movie sites love to run. And, frankly speaking, it deserves to be there. Its plot is recycled, its conflict redundant, and its lead is unlikable. Except for a single fun montage set to Oingo Boingo, this sequel will leave you howling in pain haw haw sorry. (If you want to check out the REAL sequel to Teen Wolf, then locate the nearest copy of Teen Witch, stat.)